In the U.S. gynecological devices market, fluid management devices are the fastest growing segment with strong sales linked to growth in the hysteroscope market and capital equipment replacement that many had put off in the past. However, this segment is smaller compared to many of the others, so while it may be growing at the highest rate, it will not have the largest increase in pure dollars. This belongs to the pelvic organ prolapse market, which will make a comeback after recovering from legal issues from the past.

The largest segment of the U.S. market was the global endometrial ablation segment, due to the fact that it caters to heavy uterine bleeding, which is highly prevalent condition, especially within the older demographic. Moreover, it is a minimally invasive technology; these types of procedures have experienced significant growth over the past decade.

In the European gynecological devices market, global endometrial ablation and endometrial resection are indirectly linked, offering competing
treatment options for the same patients. The largest change in this market is the exit of Johnson & Johnson from the endometrial ablation market in March 2016, leaving a large market share to be redistributed among the remaining competitors. The uterine fibroid embolization device market is currently stable. In Southern Europe, many women are also delaying treatment due to the struggling economy. Hysteroscopes and colposcopes both experienced positive growth. Overall, both of these markets are well established and stable with similar growth projected through to 2022. 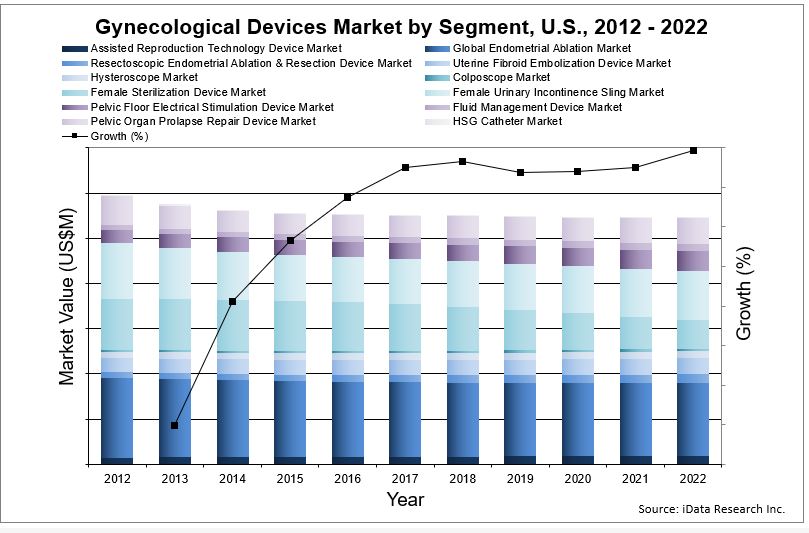 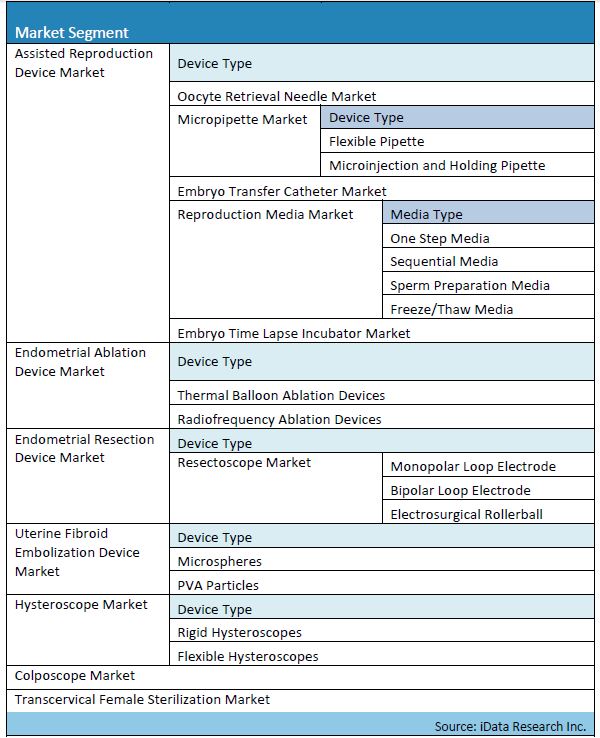 In the U.S. gynecological devices market, Hologic was the leading competitor in the gynecological device market, due to its dominance in the global endometrial ablation market. With its radiofrequency ablation device, NovaSure™, the company has over half of the endometrial ablation market segment. Hologic is a very highly regarded company, and it has beenvery successful in women’s health. Its products reflect innovation that has the best interest of the patient taken into account. Bayer was the second leading competitor in the gynecological device market. Its position can beattributed to its domination of the female sterilization device market. The Essure® remains the only transcervical implant device on the market. Due to the minimal invasiveness of the procedure, it has remained extremely popular.

In Europe, Karl Storz held the lead in three of the twelve sub-markets within Gynecology, holding a diverse product portfolio as market leader in
Endometrial Resection Devices, Hysteroscopes and Fluid Management Equipment. The partnership between Karl Storz and MTP (Medical Technical Promotion gmbh) has contributed to the company’s strong growth and consistent sales in a recovering economy.

For a Full Table of Contents From Any of the Country Reports in this Global Series, please Contact iData
One of the the most accurate methods of market research in the medical device industry is to analyze the procedure volumes and trends. Through this study on gastrointestinal devices, iData Research has performed an analysis on the following procedure segments in order to increase the accuracy of our market sizing, and provide you with the volume of procedures over a 10 year range. 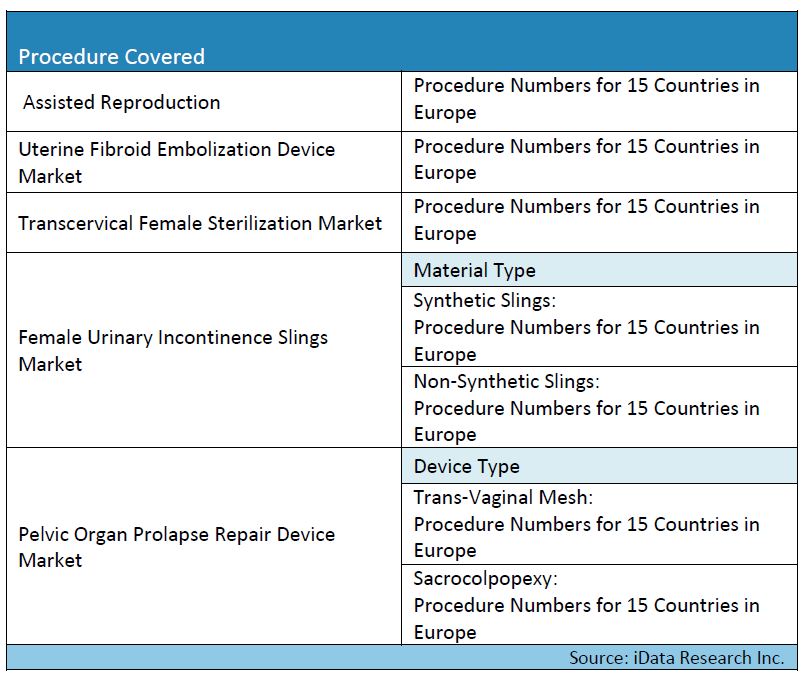