Heart failure affects over five million people annually in the U.S. alone and is the costliest cardiovascular illness, with upwards of $30 billion spent on managing heart failure each year. Cardiac rhythm management devices, such as pacemakers, ICDs and CRT devices, are implanted in patients with arrhythmias to correct cardiac pacing and/or to restart the heart after a sudden cardiac event. Sudden cardiac arrest (SCA) is one of the leading causes of death in the U.S. and is responsible for over 350,000 deaths annually. The chance of survival increases if defibrillation is delivered to the patient within ten minutes of the SCA event.

In 2018, the total market for cardiac rhythm management, electrophysiology and ablation devices experienced an increase over the previous year. Since these devices are critical life-saving apparatuses, the aging global population means continued market growth for all market segments in this report, with particularly strong growth in the electrophysiology (EP) and ablation markets. Over the forecast period, the market will maintain growth at a CAGR of in the single-digits. 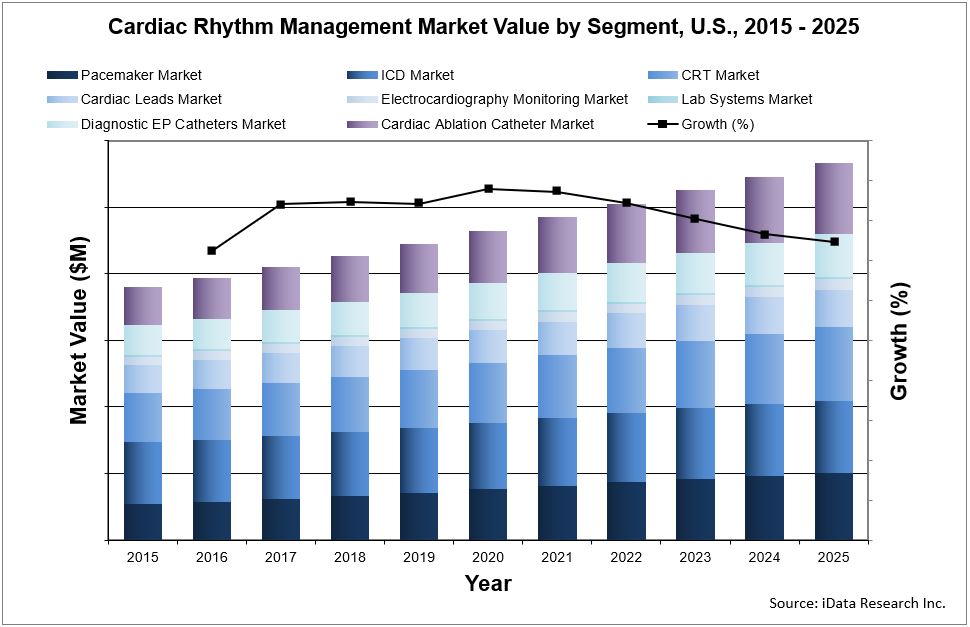 Buying these reports together in this suite package will provide you with substantial discounts from the separate prices. Request Pricing to Learn More

Other major competitors in the market include Biotronik, Boston Scientific, Abbott and the Sorin Group. Certain companies, such as Boston Scientific, also offer a wide range of electrophysiology (EP) and cardiac ablation products and sell them through large distribution networks.