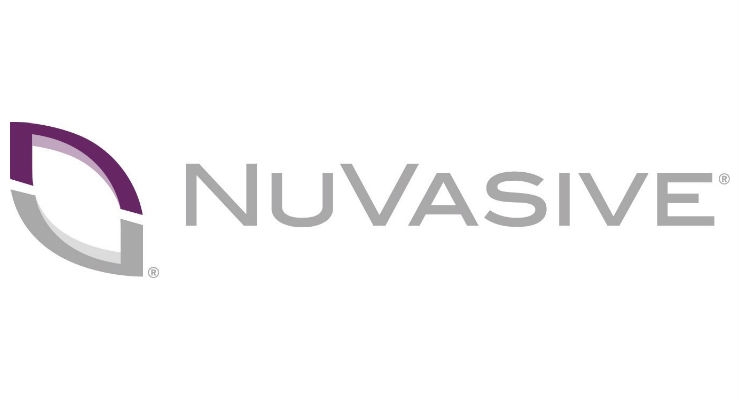 NuVasive, Inc. is a global medical device company founded in 1999 and focused on developing minimally invasive surgical products and procedures for the spine. NuVasive offers more than 90 products indicated for lumbar, thoracic and cervical applications, neuromonitoring services and a biologics portfolio.

While NuVasive continues to expand its presence in various areas of the spinal market, their main focus is in developing minimally invasive spinal implants.  The XLIF® procedure is one of the company’s best-known products. The procedure involves a lateral approach to the patient, rather than an anterior or posterior approach. XLIF® provides direct access to the disc space, allowing for complete disc removal and implant insertion.

Another popular lateral lumbar interbody fusion system is Medtronic’s Direct Lateral Interbody Fusion (DLIF®). In 2020, Medtronic was the leading competitor in the U.S. MIS implant market. Medtronic was the leading competitor in the MIS pedicle screw market and held the second position in the MIS interbody device market due to the companies DLIF®. Medtronic’s strong presence in the traditional spine market will continue to augment its share in the MIS market space.

DePuy Synthes’ MIS product portfolio contains a number of devices that are widely used in the spinal implant industry. The company holds strong positions in the MIS interbody device and the MIS pedicle screw segments. The main driving force behind DePuy Synthes’ success in the MIS market was that the company’s product was sold as the FACET WEDGE system, which offered a minimally invasive alternative to standard posterior fixation. The benefits of this product included greatly reduced exposure to radiation, avoidance of nerves and large vessels, minimal damage to non-affected segments and short and direct fusion distance. The company now sells the VIPER® F2 Facet Fixation System, a transfacet pedicular screw model.

Globus Medical participates and shows a moderate performance in each of the MIS interbody fusion, pedicle screw, facet fixation and sacroiliac joint fusion segments. This company offers the TransContinental® PEEK spacer system and a set of extensive instrumentation for LLIF procedures. Globus Medical’s more recent TransContinental®TPS is made from titanium-coated PEEK. This aggregate effect leads to their strong presence in the total MIS implant market.

Stryker manufactures a number of MIS products, including the Xia® cannulated polyaxial screw system, the MANTIS® percutaneous pedicle screw system, the Techtonix® posterior tension band and the Luxor® retractor system. Their LLIF product is marketed under the name LITe® and offers less muscle damage than a posterior procedure, as well as, more efficient exposure and closure time due to its smaller necessary incision.

Zimmer Biomet attributes their success in the total MIS market to their lead in the spinous process segment and held shares in the MIS interbody and pedicle screw segments. Zimmer Biomet’s Aspen™ (formerly belonging to Lanx) spinous process fixation system has been very successful and has gained considerable share since its introduction. However, since the recent introduction of new products in the market, Zimmer Biomet’s share of the total market has stabilized.

NuVasive produces several interbody devices for conventional spinal fusion, such as the CoRoent® Large family and the cervical-focused CoRoent® Small Interbody™ System. The company has expanded its fixation portfolio over a number of years to accommodate both open and minimally invasive approaches, as well as hybrid procedures. The RELINE® portfolio focuses on posterior fixation and integrates other NuVasive technologies, such as the iGA® platform, which enhances alignment during spinal procedures.

The total U.S. traditional spine market is dominated by Medtronic. Medtronic led the cervical fixation, TL fixation, interbody device and VCF segments and held the second-leading position in the motion preservation segment. Medtronic’s two cervical artificial disk products are Prestige® and Bryan®; however, complications during surgery have prevented significant growth. Medtronic’s leading position in the market will continually be challenged as new competitors in individual markets gradually erode the company’s share of the total market.

DePuy Synthes was the second-leading competitor in the thoracolumbar fixation, cervical fixation and interbody device segments and the third-leading company in the vertebral compression fracture market. However, on December 22, 2017, Centinel Spine completed the acquisition of the prodisc® Total Disc Replacement product line from DePuy Synthes. As a result, DePuy Synthes will effectively lose all of their market share in the motion preservation device market, unless they develop a new line of artificial disc devices. Despite this divesture, DePuy Synthes’ extensive product portfolio contains many devices that are widely used in the industry, effectively contributing to their success in maintaining a notable position in the market.

Stryker offers a competitive line of thoracolumbar fixation and interbody devices and is active in the cervical fixation, thoracolumbar fixation, interbody and vertebral compression fracture segments. The company has grown since its acquisition of K2M at the end of 2018, which added new product lines and revenue streams to the company’s portfolio.

Zimmer previously held a strong position in the U.S. spinal implant market and increased its market share after merging with Biomet in 2015 to form Zimmer Biomet Holdings. The company is active in the cervical fixation, thoracolumbar fixation, interbody, motion preservation and electrical stimulation segments. The Polaris™ thoracolumbar spinal system, as well as the Mobi-C® cervical disc, led Zimmer Biomet’s spine sales in 2020.

In 2020, Globus Medical was the fifth-leading competitor in the U.S. spinal implant market. Globus Medical is active in the cervical fixation, thoracolumbar fixation, interbody and motion preservation device segments. The company has a wide variety of interbody devices, but has seen its strongest growth in the expandable interbody segment, with products such as the RISE®, MAGNIFY®, CALIBER® and ALTERA®.

Click the button below to receive a complimentary executive summary for a deeper analysis of the U.S. MIS spine market with units sold, market values, average selling prices (ASPs), procedure volumes, forecasts, as well as detailed competitive market shares and analysis of all major competitors.