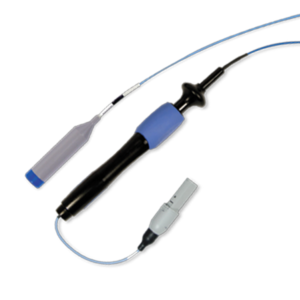 What Segments does iData analyze?

What are electrophysiology and cardiac ablation catheters?

Electrophysiology (EP) ablation is a minimally invasive procedure, which employs catheters to destroy faulty electrical pathways from the heart. Electrophysiology catheters assess the risk of complex arrhythmias, elucidate symptoms, and determine the most appropriate treatment. On the other hand, cardiac ablation catheters create lesions to prevent the propagation of electrical signals that lead to some types of arrhythmias.

What are some of the key market trends?

Overall, both the electrophysiology and cardiac ablation catheter segments within the global cardiac rhythm management market are expected to be the fastest-growing segments of the overall market.

Ever since Biosense Webster received FDA approval for its radiofrequency (RF) catheter, unit growth has accelerated. Catheter ablation is a low-risk process with high success rates, making it the most preferred modality for the treatment of cardiac arrhythmias. As a result of the increasing adoption and use of ablation techniques, EP diagnostic procedures are poised to increase substantially as well.  The growth is primarily driven by the prevalence of cardiovascular diseases and obesity, which is estimated to be higher among the older population.

In terms of the cardiac ablation catheter segment, the market is expected to grow in the upcoming years. Unit and procedural growth will be the main driver of the market. Over the forecast period, the popularization of more expensive catheter models is expected to mitigate the effects of competitive pricing. Additionally, the total number of cardiac ablation procedures is projected to grow at a high-single-digit rate over the forecast period.

What companies compete in these markets?

Among the many competitors within the global market, Biosense Webster, a subsidiary of Johnson & Johnson, is the dominant leader in both markets. Biosense Webster has been competing solely in the EP and cardiac ablation markets, where it has held commanding market-leading positions. The company offers, and led in the market through sales of, the AcuNav™ and CARTO® SOUNDSTAR® ultrasound catheters. Accompanying these EP catheters is a wide portfolio of cardiac ablation catheters. Some of the notable product names are the CELSIUS®, NAVISTAR® and THERMOCOOL® ablation catheter product lines.

Antonio ColletEverything You Need to Know About the Global Markets for Electrophysiology and Cardiac Ablation Catheters12.07.2022