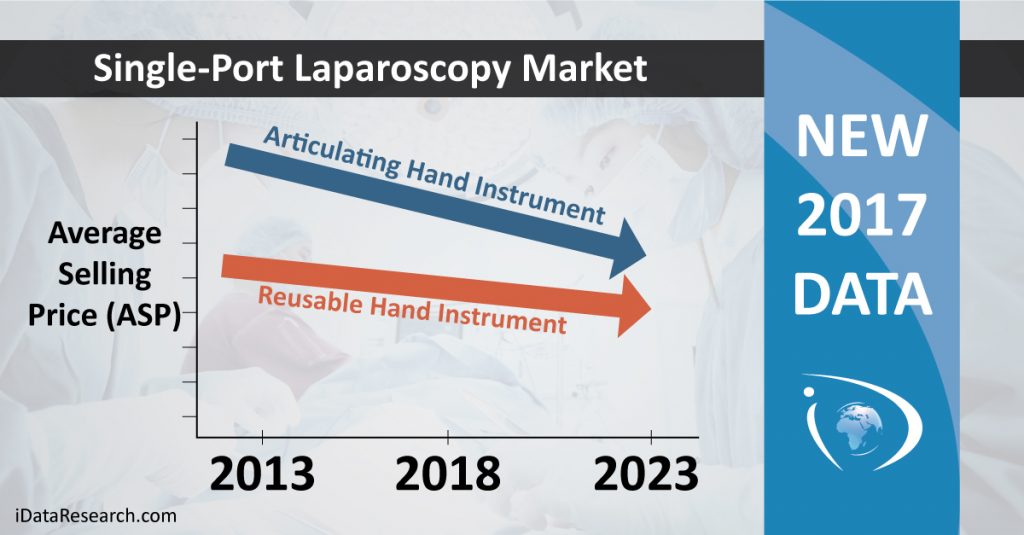 Laparoscopy, also referred to as key-hole surgery, is a minimally invasive procedure that is gaining popularity over traditional, open surgery procedures. The European market for laparoscopy is fairly mature and stable; however, technological advances in laparoscopy could push the market in different directions. One procedure of interest is single-port laparoscopy (SPL), also known as single-port access surgery (SPA), single-incision laparoscopic surgery (SILS) or laparo-endoscopic single-site surgery (LESS). SPA has been shown to have benefits over current laparoscopic procedures. The major segments affected by this technique are access devices and hand instruments.

Benefits and Drawbacks of SPL

The main advantage of SPL is the fact that it only requires one access port. Current laparoscopic procedures use 3 to 4 trocar access ports which are 5 mm to 15 mm in diameter. Laparoscopy with trocars is better than open procedures as they use smaller incisions which minimize pain and hospital stay time. 1 SPL improves on traditional laparoscopic procedures by using a single incision from 15 mm to 30 mm in size. Trocars are inserted into the single access port after the port has been fastened.

SPL surgery gives a “scarless” effect post-surgery as it uses a single access point. 2 Having less scarring post-surgery is a major selling point for this type of procedure as most patients are worried about the cosmetic effects of surgery. The best case would be making the incision at the umbilical cord area which covers the scar during recovery. However, this is dependent on the shape of the umbilical scar and whether the skin incision can be performed completely in the umbilicus. 3 In addition, SPL allows for a faster recovery period and reduced pain post-surgery. SPL also reduces the amount of waste per procedure. Disposable trocars dominate the access device market by far, which creates a lot of waste as multiple trocars are used per procedure while single port access devices only use one per procedure and some are reusable. Furthermore, SPL has been noted to lower recurrence rates and improve overall survival. 4

Although SPL has notable advantages over conventional laparoscopic procedures, there are many disadvantages that limit the growth of this market. One of the major issues with SPL is the high learning curve. There are constraints with using hand instruments with a single port such as collisions between hand instruments and the laparoscopes. 5 To most surgeons, it is not worth learning SPL since conventional laparoscopy is a more common and easier technique.

Other limiters of SPL come from the high cost of the devices and some issues with the procedure. Another issue with SPL procedures is the longer operating times. Since SPL only uses one port, it is difficult to operate on the patient. Procedure times are generally longer than other procedures since it takes more concentration and maneuverability by the surgeon, though quicker recovery time offsets this disadvantage. Another procedure issue comes from increased bleeding during the operation. Since the incision is slightly larger compared to regular laparoscopic procedures, SPL causes more blood loss overall compared to using multiple trocars as access ports. 1

There are also some unconfirmed problems with SPL. SPL is supposed to be able to reduce the rate of hernias compared to normal laparoscopy. 1 However, there is also speculation that SPL also increases the occurrence of incisional hernias. 6 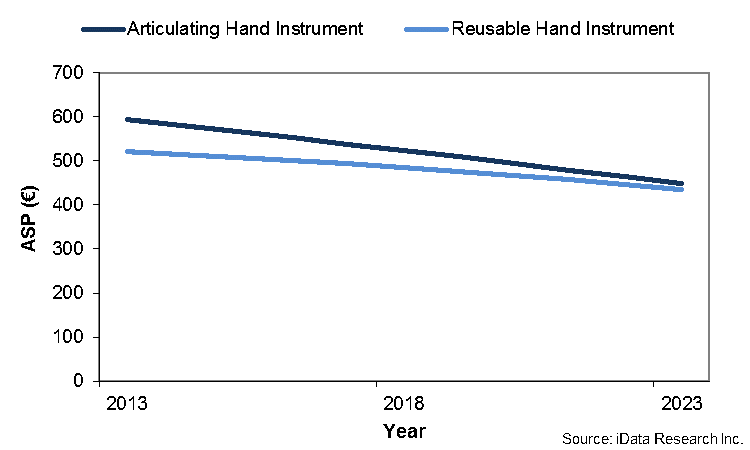 Most of the major companies in laparoscopy are currently in the SPL market. Medtronic is one of the main competitors with their SPL™ Port Incision access device and also offer their SILS™ Hand Instrument. Applied Medical offers their GelPOINT™ advanced access platform. Wound retractors, such as the Alexis™ wound protector, are needed for Applied Medical’s SPL product. Olympus has multiple SPL products including their TriPort15™, TriPort+™ and QuadPort+™. Olympus also offers their HiQ™ LS hand instruments that are curved specifically for SPL surgery. Richard Wolf has their KeyPort-System™ which is their SPL system which is a single port access device and curved hand instruments. Karl Storz and Ethicon are the notable companies that do not offer single port access devices.

Overall, the current European laparoscopy market is gradually growing due to the popularity of the procedures. However, many of the segments in the laparoscopic device market are fairly mature so growth is not as fast as it could be. Technological innovations are necessary to spur the growth of this market. SPL is an example of such innovations to help facilitate growth.

Matthew Choi is a research analyst at iData Research and was the lead researcher for the 2017 European Laparoscopic Device MedSuite. His other areas of research include Orthopedic Soft Tissue and Sports Medicine, as well as Cardiac Surgery and Heart Valve Devices.

Jeffrey Wong, is the strategic analyst manager at iData Research and has been heavily involved with the company’s endoscopy division throughout his tenure. As a research analyst, he assisted in several research projects on the global endoscopy markets including laparoscopy, urology, gastroenterology and bronchoscopy.