The overall small bone and joint market is anticipated to grow moderately over the forecast period. The maturity of the orthopedic hip and knee device markets has prompted investment and growth within the extremity markets. The extremity markets are relatively young and the dominance of arthroplasty over fusion has yet to become standard fare. New products continue to be released and standards of joint replacement that are durable and reliable have yet to solidify the market. The expectation for the orthopedic extremity market is that its evolution will follow that of the hip and knee markets of years past.

Over the last few years, the total market has been driven by new developments in its two largest segments: shoulder reconstruction and the foot and ankle device market. The industry players continue to be focused on the stemless shoulder, adopting European experience in this field. The foot and ankle market experienced increasing product diversity, fueled by disease complications
and patients’ demographic changes (aging, coupled with an increasing number of younger patients). The small joint reconstruction market is strongly interlinked with trauma fixation and sports medicine, forcing orthopedic surgeons to constantly expand their skills and techniques in related fields. 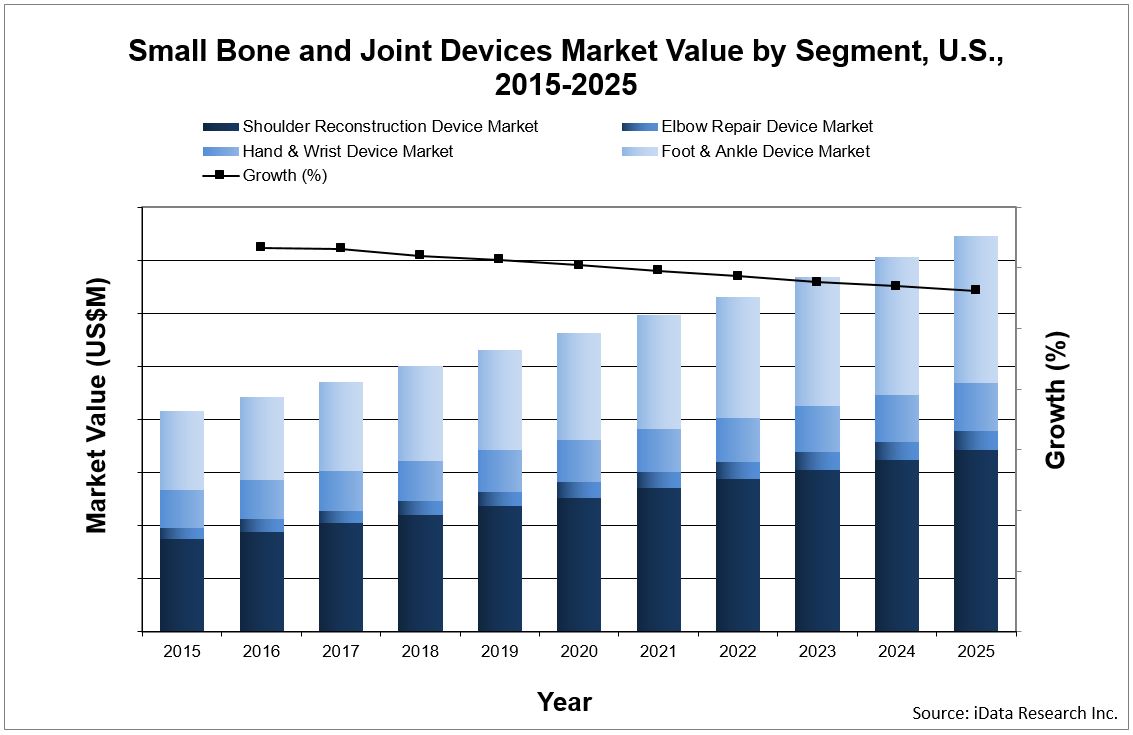 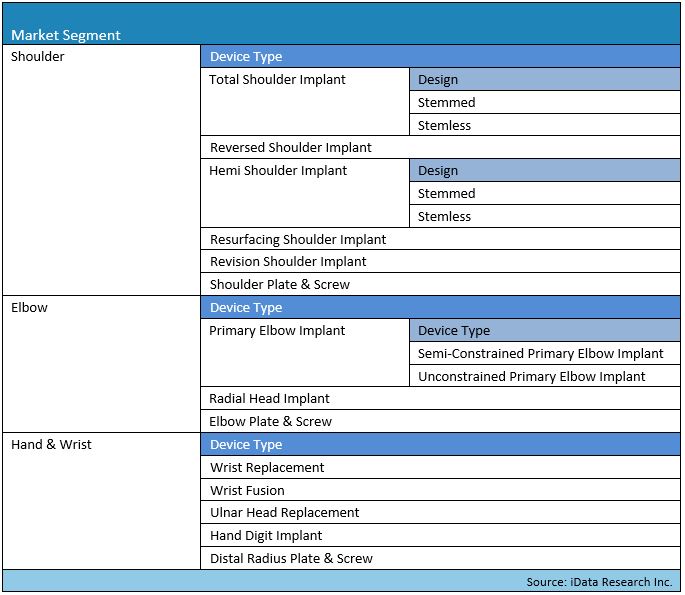 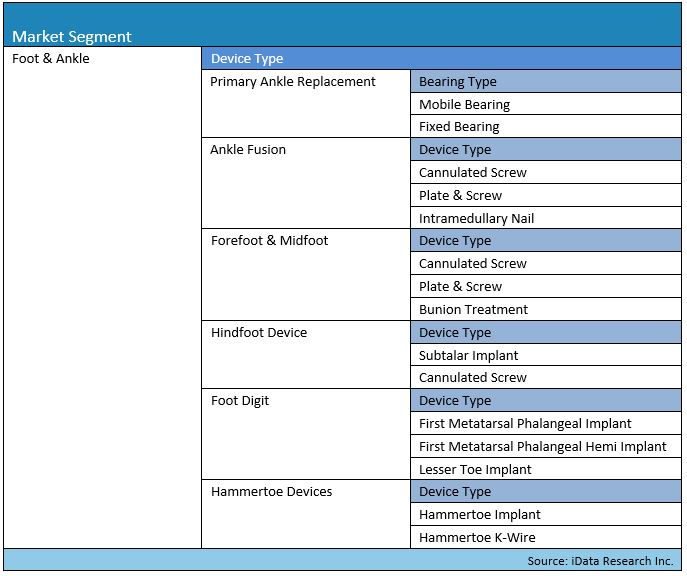 Of the many companies in the small bone and joint orthopedic device market, Wright Medical, Zimmer Biomet, and Depuy Synthes are the top three competitors across all regions. The battle for leading market shares is ongoing, as these companies are very close in overall market share.

Wright Medical is the leader in the United States market, by a small margin, primarily due to their presence in the foot & ankle device market, as well as a strong presence in the shoulder reconstruction market. Wright Medical completed their merger with Tornier in 2015 and became one of the largest orthopedic manufacturers, focusing on extremities reconstruction and biologics. For this purpose, the company sold the Tornier’s large joints business to Corin in 2016, to devote all the company’s resources to the small bone and joint industry.

Europe is actually led by Zimmer Biomet, another well-known giant in the industry. This lead can be attributed to their strong market positions in the hand and wrist device market as well as elbow repair and shoulder reconstruction markets. The company’s largest revenues in the European small bone and joint orthopedic devices market came from the hand and wrist and shoulder reconstruction markets. Although Zimmer Biomet was the largest market player in the elbow repair market, with nearly half of the market share, this segment only contributed to a small portion of its revenue, due to the niche character of the elbow market.

DePuy Synthes’ largest revenues came from the shoulder reconstruction devices market in Europe, as well as the Hand & Wrist device market in the United States.

Combined these 3 competitors make up nearly two-thirds of the markets in the United States and Europe, however, face much stronger competition from other players in Japan, India, and China. In this report suite we’ve analyzed several other companies, which include significant market shares from Stryker, Arthrex, Acumed, Smith & Nephew, Integra LifeSciences, Exactech, DJO, BioPro, Orthofix, and Others.

The orthopedic extremity market in Europe is expected to grow moderately over the forecast period, at a CAGR of 4.1% to reach nearly 900,000 total procedures performed in 2024. The largest procedure type is for hand and wrist devices, and the fastest-growing procedure type was for shoulder devices. Europe is demographically shifting to a larger elderly population. This results in more people with fractures, due to weak bones and issues arising from arthritis. The extremity market is also seeing a shift, gradually in some cases, to arthroplasty rather than arthrodesis. Improved device durability, minimally invasive options and the ease of revision opens the doorway for younger patients to use implants. Companies are also increasing education as they invest in the relatively underdeveloped extremity markets. This increases patient awareness and surgeon proficiency as procedures and implants gain acceptance.

The orthopedic extremity market sees over 1.8 million procedures every year and is expected to experience moderate growth over the forecast period, reach nearly 2.3 million in 2025. The procedures for each anatomy include total and partial joint reconstruction, internal fixation with plates and screws, as well as bone fusion procedures. The largest procedure type is for the foot and ankle, and the most rapidly growing procedure type was shoulder reconstruction.

According to The Burden of Musculoskeletal Diseases in the United States Prevalence, Societal and Economic Costs (BMUS) produced by the U.S. Bone and Joint Initiative (USBJI), musculoskeletal diseases affect more than one out of every two persons in the U.S. age 18 and over, and nearly three out of four aged 65 and over. Trauma, back pain and arthritis are the three most common musculoskeletal conditions reported. The aging of the population is one of the drivers for increasing number of the musculoskeletal diseases every year.

According to the International Osteoporosis Foundation, osteoporosis causes more than 8.9 million fractures annually and affects 75 million people in Europe, the U.S. and Japan. Overall, 61% of osteoporotic fractures occur in women and nearly 75% of hip, spine and distal forearm fractures occur among patients 65 years old or over.

January 2019 – Flower Orthopedics announced significant cost and time savings of the FlowerCube™ system, resulted from the clinical study. The system is a single-use, sterile implant and instrument system for foot and ankle surgery. Each product is ready-to-use and tailored for the procedure at hand.