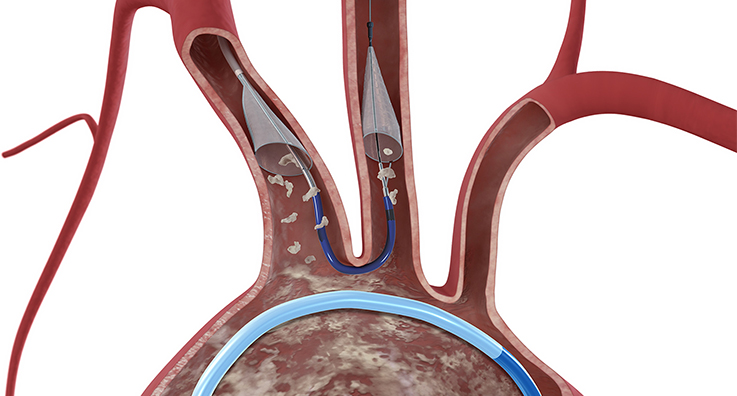 Boston Scientific Corporation announced it has signed an agreement to acquire Claret Medical, Inc., a privately-held company that has developed and commercialized the Sentinel® Cerebral Embolic Protection System. The device is used to protect the brain during certain interventional procedures, predominately in patients undergoing transcatheter aortic valve replacement (TAVR). The transaction price consists of $220 million in up-front cash, as well as a potential reimbursement-based milestone payment of up to $50 million.

The Sentinel System – which received CE Mark in 2014 and FDA clearance in 2017 – is the only device cleared to protect patients against the risk of stroke during TAVR, a minimally–invasive procedure to replace the aortic valve in patients with severe aortic stenosis. Embolic debris such as calcium or tissue can break loose during the procedure, travel through the bloodstream towards the brain and potentially cause neurological and neurocognitive damage. Recent studies have estimated approximately four percent of patients experience a clinically-apparent stroke within 30 days of a TAVR procedure.

“Through the development and commercialization of the Sentinel System, Claret Medical has successfully introduced a new layer of safety and peace of mind for physicians and their patients undergoing TAVR procedures,” said Kevin Ballinger, president, Interventional Cardiology, Boston Scientific. “This acquisition will expand our commercial portfolio to include an important adjunctive offering aimed at improving TAVR patient outcomes. We also see potential for future use in other left heart and endovascular procedures such as mitral valve repair and replacement, left atrial appendage closure and pulmonary vein isolation ablation procedures for atrial fibrillation.”

In the pivotal SENTINEL trial, the landmark study that led to FDA clearance and commercial introduction of this first-time therapy in the U.S., the Sentinel System reduced the incidence of strokes by 63 percent within the first 72 hours of the procedure.  In clinical studies, the Sentinel System captured debris flowing towards the brain in 99 percent of TAVR cases, regardless of the type of replacement valve that was used.

We have been pleased by the consistent, high-quality clinical evidence generated by the committed thought leaders at leading academic centers, as well as the rapid physician adoption of the device – utilized on average in 60 percent of TAVR procedures performed across 100 centers – within just 12 months of carefully-controlled U.S. commercialization,” said Azin Parhizgar, PhD, president and chief executive officer, Claret Medical. “Nearly 10,000 patients have been treated worldwide with the Sentinel System, and we are confident that the leadership of Boston Scientific will enable increased momentum and improved patient access to this valuable technology.”

Claret Medical is based in Santa Rosa, CA, and has approximately 120 employees. The acquisition is projected to close during the third quarter of 2018, subject to customary closing conditions.

Reports provide a comprehensive analysis including units sold, procedure numbers, market value, forecasts, as well as detailed competitive market shares and analysis of major players’ success strategies in each market and segment. To find out more about cardiac surgery market data or procedure data, register online or email us at [email protected] for a US Market Report Suite for Cardiac Surgery and Heart Valve Devices brochure and synopsis.

Over 182,000 Heart Valve Replacements Per Year in the United States