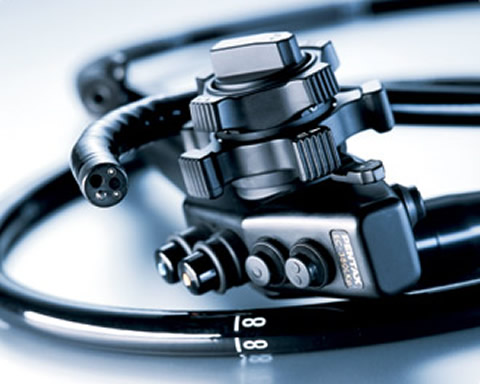 An analysis of endoscopic gastrointestinal procedure volumes by iData Research shows that over 16.6 million colonoscopies will be performed annually by 2019, significantly contributing to the 28 million gastrointestinal endoscopies performed each year in the United States. A major factor driving growth in colonoscopy procedures is the increasing public awareness of colon cancer, through media campaigns initiated by cancer awareness groups and government bodies, as well as an aging population that is recommended to receive regular screenings. The U.S. screening program, in particular, has been quite successful. Many individuals who had postponed colonoscopies during the economic downturn have returned to regular screening schedules.

In recent years, colonoscopy procedures have begun to cannibalize the procedures done with sigmoidoscopes. The number of sigmoidoscopy procedures performed experienced negative growth over the past few years due to physician preference for colonoscopies. Sigmoidoscopes allow physicians to view only the lower part of the colon, as opposed to colonoscopes, which can be used for viewing both the lower and the upper regions. Using a sigmoidoscopy procedure alone as a screening tool would result in upper colon abnormalities being left undetected. In order for a sigmoidoscopy to be as thorough as a colonoscopy, it must be carried out in conjunction with a fecal occult blood test; however, this translates into extra costs for the patient and the insurance carrier. Despite the apparent benefits, many are still deterred from undergoing colonoscopies, due to the procedure’s invasive nature. Over a decade ago, a new method, called virtual colonoscopy or colonography, was introduced. This procedure uses x-rays and software installed on workstations and servers for CT and MRI scanners to produce images of the colon. It is deemed less invasive as it does not involve the use of sedatives or a colonoscope but still requires the colon to be insufflated.

Virtual colonoscopy had substantial momentum in 2004 and 2005 until the American College of Radiology Imaging Network announced they were undertaking trial 6664 (ACRIN 6664) to re-evaluate the procedure. Reimbursement was halted as a result of this. Although the results of the trial were highly favorable, it took several years before procedure numbers returned to their previous level. Whilst virtual colonoscopy has gained considerable credibility over the past several years, reimbursement issues still continue to limit the market. Full Medicare reimbursement was expected to be offered by 2013 but this has yet to come to fruition. Due to the large Medicare budget cuts that are expected to take place over the next several years, full reimbursement for virtual colonoscopy in the short term is unlikely to take place.