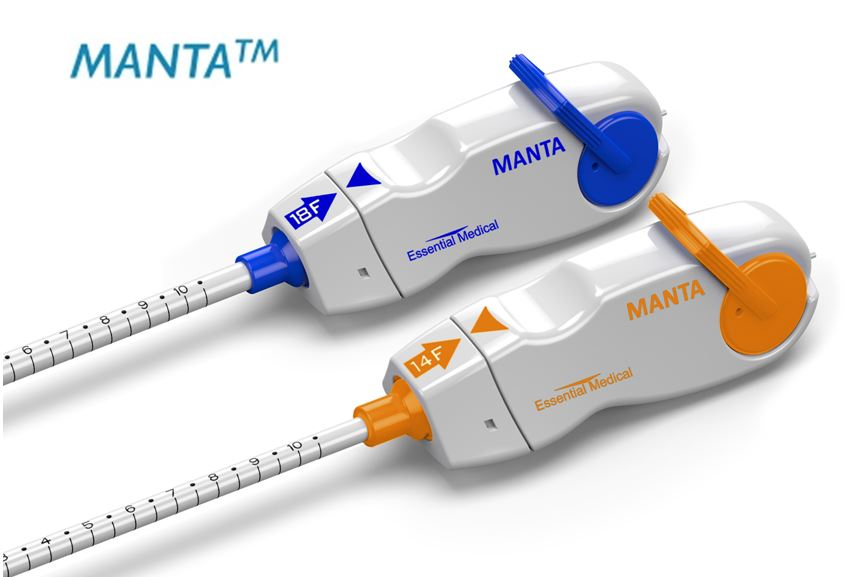 Teleflex Inc. has announced its recent premarket approval (PMA) from the U.S. Food and Drug Administration for their MANTA™ Vascular Closure device. Teleflex is a global leader in medical technologies for surgery and critical care and are pleased to add this approval to their roster.

The MANTA™ is the first biomechanical vascular closure device intended specifically for large bore femoral arterial access site closure that is commercially available. It is intended to reduce time elapsed to hemostasis after a 10-20F device or sheath (12-25F OD) is used during endovascular catheterization procedures.

Clinicians and hospitals hope to use the MANTA™ device to achieve a simpler completion of large bore closure without requiring pre-closure. This would help reduce procedure time, which is of utmost value during delicate operations. Additionally, the MANTA™ is expected to produce low complication rates with rapid hemostasis and reproducible results, which could potentially reduce overall costs.

These findings were discovered during the SAFE MANTA IDE Clinical Trial, the largest U.S. single-arm trial of a purpose-designated large bore femoral access site closure. The trial showed that the MANTA™ device was successful in performing quick and reliable biomechanical closure and also displayed rapid hemostasis, meeting all primary and secondary endpoints. These results indicate that the MANTA™ Device could potentially reduce bleeding complications and therefore offset secondary procedural costs.

Research noted in iData’s U.S. Market Report Suite for Peripheral Vascular Devices states that the value of the femoral vascular closure device market is projected to increase in the coming years, driven by an increase in procedures performed each year in the United States.

“Our team has been working hard to obtain FDA premarket approval and were confident they would recognize the benefits that the MANTA™ Device can provide to the patient,” said Greg Walters, co-inventor of the MANTA™ Device and now Vice President of Access and Closure in the Interventional business unit of Teleflex. “We have had great success with the device in Europe over the last two years with over 10,000 units sold, and are thrilled to bring this innovative solution to patients in the U.S. and further fulfill this significant and previously unmet clinical need in the structural heart and endovascular space.”

More on the peripheral vascular market in the U.S. can be found in a report series published by iData Research entitled the U.S. Market Report Suite for Peripheral Vascular Devices and Accessories.