Throughout this medical market research, we analyzed over 90 diabetes companies across 16 countries and used our comprehensive methodology to understand the market sizes, unit sales, company market shares, and to create accurate forecasts.

While this MedSuite report contains all the Global Diabetes Monitoring, Treatment and Drug Delivery data and analysis, each of the market segments is also available as stand-alone MedCore reports. This allows you to get access to only the market research that you need.

By 2019, the U.S. diabetes monitoring, treatment, and drug delivery market was valued at $15.7 billion while the European market was valued at €6.8 billion. The US market is expected to grow by 0.6% and reach $16.4 billion by 2025. However, the European diabetes market is expected to experience a higher growth of 4.3% and reach €9 billion by 2025. 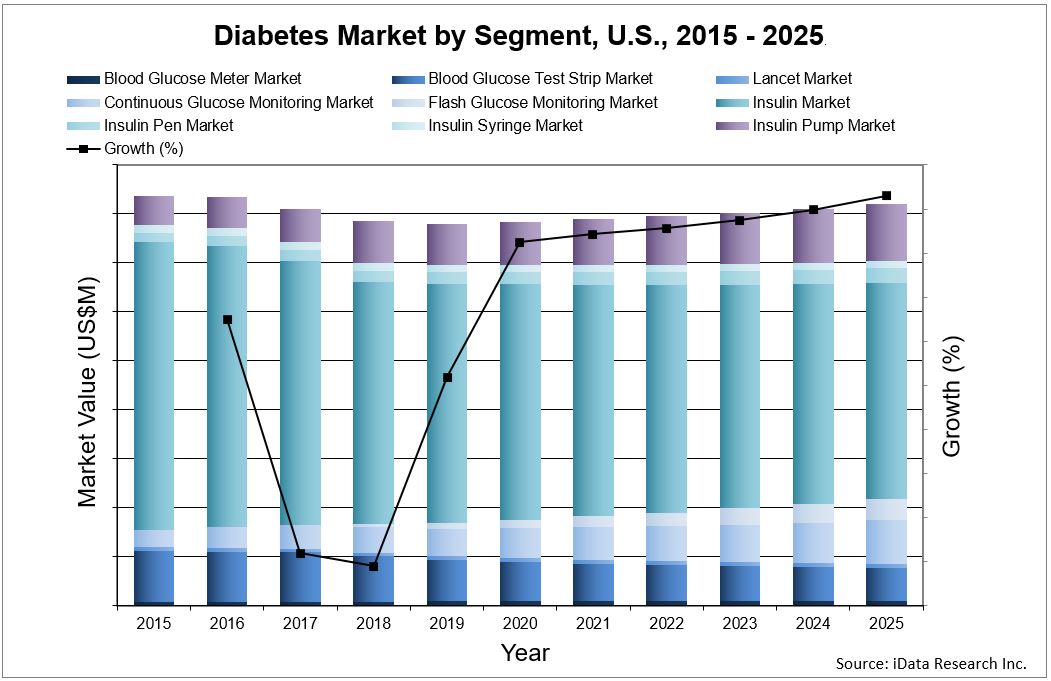 The fastest-growing segment in the U.S. diabetes market is the FGM market, which has increased dramatically in value. The high level of growth was attributed to the commercial launch of FGM. Abbott received FDA approval for FreeStyle® Libre and for FreeStyle® Libre 14 Day. The FGM market has experienced significant growth in international markets since it was first commercially launched in Europe almost ten years ago. Growth in the U.S. market is expected to follow a similar trend, primarily attributed to an expanding installed base of FGM users.

In the EU diabetes market, pricing pressure and price erosion are common occurrences, as new competitors enter the blood glucose monitoring market and pen needle markets, with low-price strategies and products. The presence of these new competitors puts downward pressure on the average selling price and has caused traditional market leaders to introduce low-priced products of their own, in order to counteract the increased competition in the segment. Tender negotiations and budgetary pressures on national healthcare expenditure also contribute to the decline in prices and have resulted in market value contractions in certain regions. It is expected that the trend of pricing pressure will continue throughout the forecast period, limiting the value of the blood glucose monitoring and the pen needle markets. 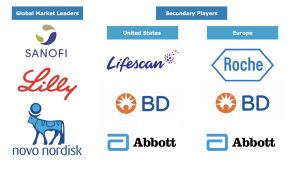 Obesity is considered by leading health organizations, such as the Centers for Disease Control (CDC), as a prevalent disease both globally and in the United States. According to the CDC, there has been a considerable increase in the incidence of obesity in the U.S. over the past 20 years.

The latest data on obesity in the U.S. shows that today, nearly 38% of adults at the age of 20 years and over are obese. For adolescents at the age of 12 to 19 years, children at the age of 6 to 11 years, and children at the age of 2 to 5 years, the obesity rate is considerably lower at approximately 21%, 17%, and 9%, respectively. On the bright side, this rate has plateaued in the last few years. Being obese makes it difficult for cells to respond to insulin, thus the body reacts by releasing more insulin. Therefore, obesity has been seen as one of the main reasons behind the advance of type 2 diabetes among Americans. 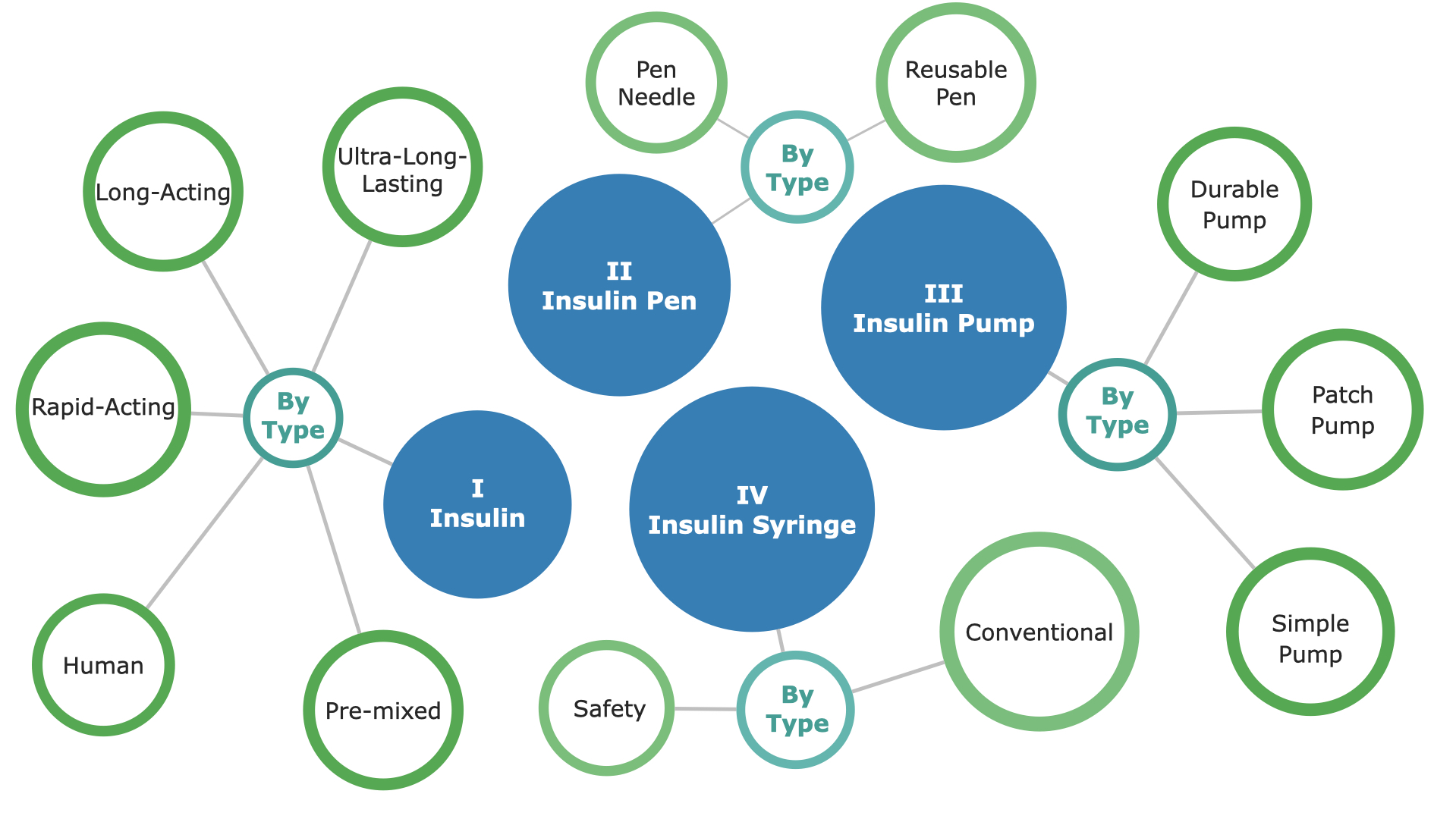 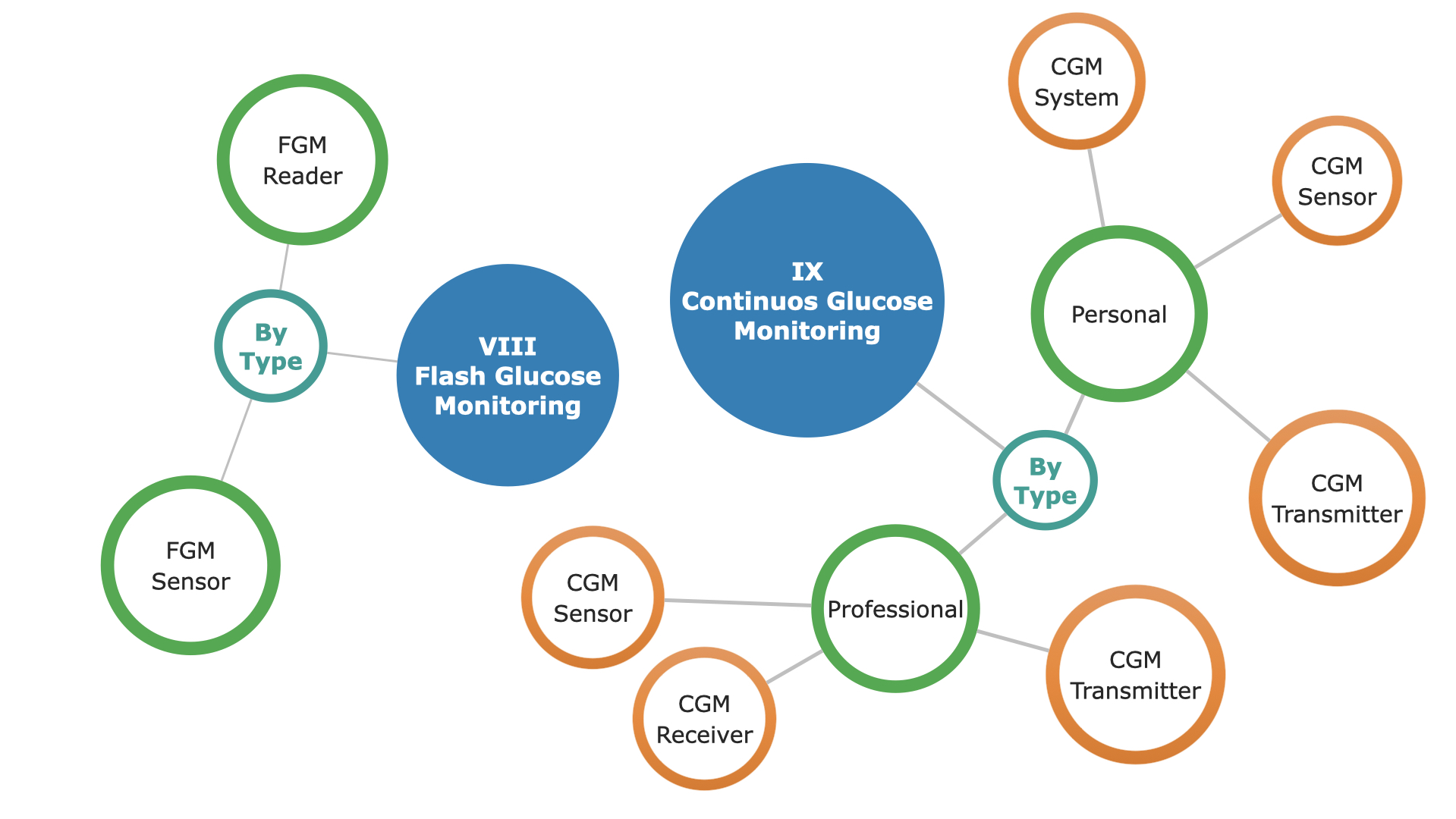