Previously, the European diabetes monitoring, treatment, and drug-delivery market was valued at €6.8 billion. However, an increase is projected over the forecast period to reach approximately €9 billion by 2025 at a CAGR of 4.3%. The growth over the forecast period for this marker can be attributed to demographic factors, increasing obesity rates, the conversion to safety products, and insulin pump therapies. 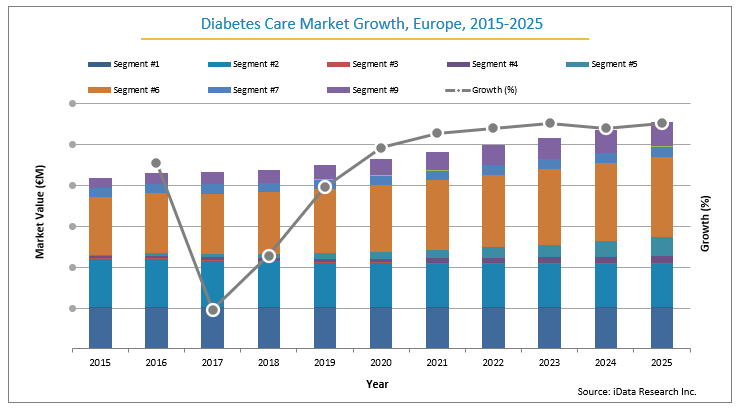 Throughout this report, iData Research has extensively covered the U.S. market in great detail. The regions covered are: