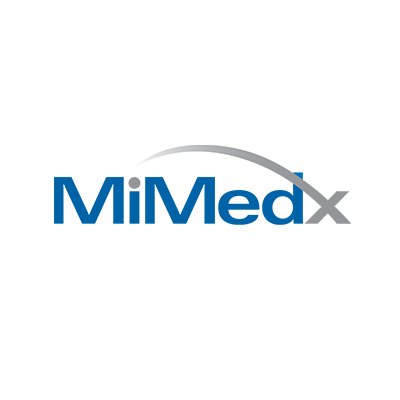 In April 2014, MiMedx filed a lawsuit in the United States District Court for the Northern District of Georgia against MTF, Medline, and Liventa (formerly known as AFCell Medical, Inc.) for permanent injunctive relief and unspecified damages.  In its suit, MiMedx asserted, among other things, that MTF, Liventa and Medline infringed MiMedx’s U.S. Patent No. 8,709,494. In addition to the allegations of patent infringement, the lawsuit also asserted that Liventa and Medline knowingly and willfully made false and misleading representations about their respective products to providers, patients and in some cases, prospective investors.

In June of 2016, MiMedx reached a confidential settlement of the false advertising claims against Liventa for an undisclosed sum of money paid to MiMedx. Subsequent to that settlement, MiMedx focused its attention on the patent-related claims against MTF, Medline and Liventa.  Those claims were scheduled to be tried before a federal court later this month.

However, the Company was recently able to successfully settle its patent infringement claims against MTF, Medline and Liventa.  While the details of the settlement are confidential, MiMedx has obtained a Consent Decree and Final Judgment on the validity of the ‘494 patent, and will receive an undisclosed monetary sum.  A Stipulation of Dismissal with prejudice of all of the parties’ respective claims accompanied the Court papers.  In layman’s terms, this means the case against the Defendants has ended and the entirety of the dispute has been settled.  In accordance with those publicly filed documents, Defendants have also agreed to amend the process used to manufacture the accused products so as to avoid any conflict with the ‘494 patent in the future.

Parker H. “Pete” Petit, Chairman and CEO, said, “This settlement marks an amicable and successful end to this long fought case.  We are extremely pleased with the outcome.  MiMedx has spent many millions of dollars in the development of our proprietary products, and we will continue to protect our intellectual property rights.  However, I have always said that the true test of our intellectual property would be in the market place, and clearly, our market leadership and performance attest to that criterion.”

Bill Taylor, President and COO, echoed the sentiment, “This case and its outcome will be a strong reference point and illustration to use in any discussions we may need to undertake with competitors who infringe our patents.  The Consent Decree and Final Judgment as well as the Stipulation of Dismissal, which together will bring this case to a close, speak for themselves.  We believe these documents should assist us in our application for injunctive relief as we pursue patent infringers in the future.  It is our strong belief that the litigation process with respect to any future encroachments on our intellectual property at issue here should be shorter, simpler and less expensive as a result of this outcome.”

“I know that some skeptics have asserted in the past that the MiMedx patents would not be defensible or otherwise were not valid.  I think we have proven those speculations wrong.  We now have over 100 issued and allowed patents with over 45 related to tissue products. We feel confident that this patent portfolio will continue to grow in value,” concluded Petit.

MiMedx® is the leading biopharmaceutical company developing and marketing regenerative and therapeutic biologics utilizing human placental tissue allografts with patent-protected processes for multiple sectors of healthcare. “Innovations in Regenerative Medicine” is the framework behind our mission to give physicians products and tissues to help the body heal itself.  We process the human placental tissue utilizing our proprietary PURION® Process among other processes, to produce safe and effective allografts.   MiMedx proprietary processing methodology employs aseptic processing techniques in addition to terminal sterilization.  MiMedx is the leading supplier of placental tissue, having supplied over 1 million allografts to date for application in the Wound Care, Burn, Surgical, Orthopedic, Spine, Sports Medicine, Ophthalmic and Dental sectors of healthcare.

The iData series on the market for soft tissue reinforcement and regeneration devices covers the U.S. and 15 countries in Europe including Germany, France, the United Kingdom (U.K.), Italy, Spain, Benelux (Belgium, Netherlands and Luxemburg), Scandinavia (Finland, Denmark, Sweden and Norway), Portugal, Austria and Switzerland. Reports provide a comprehensive analysis including units sold, procedure numbers, market value, forecasts, as well as detailed competitive market shares and analysis of major players’ success strategies in each market and segment. To find out more about soft tissue reinforcement and regeneration market data or procedure data, register online or email us at info@idataresearch.net for a US Market Report Suite for Soft Tissue Reinforcement and Regeneration Devices brochure and synopsis.