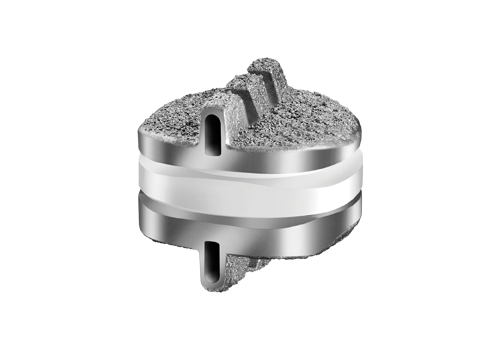 Globus Medical, a leading musculoskeletal technology company, announced that it recently won a coverage decision from health insurance company Anthem for its Secure-C spinal implant device. Anthem is one of the largest health benefits companies in the United States, with almost 40 million medical members and over 73 million lives covered.

The Secure-C device was granted pre-market approval from the FDA in 2012 and is designed to restore typical neck movement in patients with painful disc problems by utilizing an artificial disk. The device consists of a polyethylene core to mimic the behavior of a healthy, native spinal disc capped by two cobalt-chrome endplates. This method avoids the motion-eliminating outcome of traditional fusion surgery.

A seven-year post-operative follow-up examination found that when compared to patients treated with Anterior Cervical Discectomy and Fusion (ACDF), the patients treated with Secure-C yielded superior success results on both a protocol-specified and FDA-defined basis. Additionally, the Secure-C patient group demonstrated a greater percentage of patients with 25% or greater improvement in Neck Disability Index, a measure of pain and function. The device was also found to reduce the rate of additional surgery required.

The U.S. spinal device market report suite published by iData Research uncovers that the cervical artificial disc (CAD) market is expanding rapidly and has begun to cannibalize the cervical fixation market. This is due to recently favorable reimbursement conditions and clinical studies showing superiority for CADs. As the CAD market reaches a high level of penetration into the cervical fusion market, growth will eventually decelerate and the ASP will remain relatively stable despite competitive pricing yielding its slight decline.

“The long-term clinical results validate that Secure-C creates a significant improvement in patients’ lives over the long term, an important factor in expanding payer coverage,” stated president Anthony Williams in prepared remarks. “With the addition of Anthem, Secure-C is now covered by all major third-party payers in every state and strengthens our position for growth in the cervical artificial disc market.”

More on the spinal implants and VCF market in the US can be found in a series of reports published by iData entitled the US Market Report Suite for Spinal Implants and VCF – MedSuite.