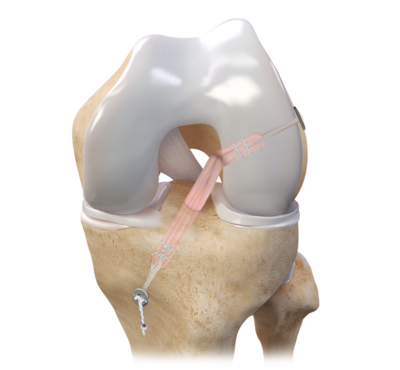 The knee is the most susceptible joint in the human body to pressure and injury. Knees undergo complex interactions of rotational and extensional movements. The U.S. market for ACL/PCL reconstruction devices indicates growth at a single-digit CAGR over the forecast period to exceed $359 million by 2026.

What are the ACL and PCL?

ACL and PCL stand for the anterior and posterior cruciate ligaments. These ligaments connect the bones that form the knee and stabilize joint movements. Both ligaments are significant as they prevent the femur from sliding against the tibia and vice versa. ACL injuries are widespread and form from excessive use, physical impact, or wear over time. Most ACL/PCL injuries occur within the professional sports industry. According to the National Collegiate Athletic Association (NCAA) injury surveillance system (ISS), American football players sustain an immense number of ACL tears, however, female athletes suffer higher rates of ACL injury per athlete exposure across sports.

What is ACL/PCL reconstruction?

During ACL/PCL reconstruction surgery, the surgeon drills holes in the tibia to hold the taken patellar tendon with fixation devices, such as staples or screws, to reconstruct the ligament. The graft sources for the reconstruction surgery include achilles, hamstring, or tibialis. These are either taken from the patient as an autograft or from a donor as an allograft. However, those using autografts are typically more prevalent and represent the majority of ACL/PCL procedures. Usually, the ACL/PCL procedure involves one graft product and two fixation devices for the tibial and femoral sides.

What segments are within the U.S. market for ACL/PCL Reconstruction?

The allograft market represents less than 30% of the total ACL/PCL procedures, as most use autografts. The pre-sutured tendon allograft market is indicative of leading growth at a CAGR of 11.5%. On the contrary, the interference screw segment within the ACL/PCL fixation device market is responsible for nearly half of the combined market. However, the cortical fixation device market expects to experience the most growth into 2026.

Who are the top competitors within this market?

Interested in learning more about the U.S. ACL/PCL reconstruction market?