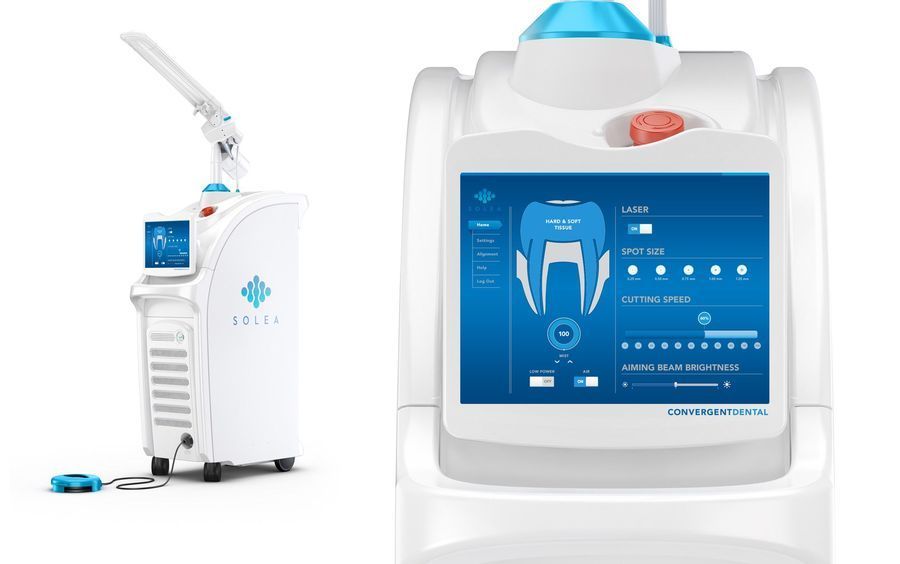 Convergent Dental has unveiled “The Next Generation” of its Solea CO2 all-tissue dental laser system. According to the company, the new version of Solea is smaller, cuts faster, smoother, and now more than 99 percent of cavity preps can be treated without anesthesia.

“With this new platform, Solea has reached a level that I can see it becoming the standard of care,” Michael Cataldo, CEO of Convergent Dental, told Dental Tribune during a telephone interview on Oct. 1, when the new version of Solea was announced. “It’s easy. It’s really easy — and in most cases it is as fast or faster than the drill.”

Cataldo said that users of the Solea laser have reported that they are able to perform an average of four to six more procedures a day, when it feels like they are doing less.

“Solea means less work, with more revenue,” Cataldo said. “If you have been thinking about lasers, it’s time.”

“This new generation of Solea provides a quantum leap in performance at every level. Most importantly it enables dentists to do virtually 100 percent of cavity preps anesthesia-free,” Cataldo said in the press release. “In addition, Solea now cuts faster and smoother, so dentists get more done in less time with an even better patient experience.”

Solea earned its reputation for enabling dramatic practice growth and reduced stress for dentists and patients by taking anesthesia, bleeding, sutures and discomfort out of the dental experience, according to the Convergent Dental press release. Before the launch of this new platform, Solea dentists reported doing four to six more procedures per day while feeling like they were doing less work, Convergent Dental said. With this new generation, Solea dentists will benefit from even more growth while enjoying an even more relaxing work day. Better still, it all comes in a smaller package that is even easier to use, the company said.

According to Convergent Dental, statistics collected from nearly 1,000 procedures in early use of the new Solea platform included the following results:

Also according to the company, other features and benefits include the following:

According to Convergent Dental, 99.2 percent of 833 cavities and 132 soft-tissue procedures were treated successfully without local anesthesia in early use.

The iData series on the market for dental lasers covers the U.S. and 15 countries in Europe including Germany, France, the United Kingdom (U.K.), Italy, Spain, Benelux (Belgium, Netherlands and Luxemburg), Scandinavia (Finland, Denmark, Sweden and Norway), Portugal, Austria and Switzerland. Reports provide a comprehensive analysis including units sold, procedure numbers, market value, forecasts, as well as detailed competitive market shares and analysis of major players’ success strategies in each market and segment. To find out more about dental laser market data or procedure data, register online or email us at [email protected] for a US Market Report Suite for Dental Lasers brochure and synopsis.