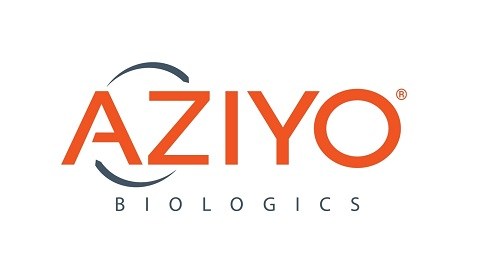 “We are excited to add OsteGro to our innovative orthopedic surgery product line. OsteGro represents the third product in our portfolio which already includes ViBone, a viable bone matrix, and OsteSpine, a complete line of precision machined cervical spacers,” says Darryl Roberts, Ph.D., General Manager, Strategic Tissue Partnerships at Aziyo. “Our goal is to build an industry leading franchise in biologic materials for orthopedic surgery. This launch is yet another step towards that goal.”

OsteGro is an allograft bone matrix developed with Aziyo’s proprietary processing methods that results in a bone graft that serves as a scaffold for new bone growth. Because OsteGro can be stored at room temperature, it is ready for immediate use in a wide range of surgical procedures. Bone repair allografts like OsteGro are used in procedures such as spinal fusion, hip reconstruction and bone fractures. OsteGro is part of the growing biologics segment of U.S. orthopedic market. This segment alone is estimated to total approximately $2 billion in annual sales.

OsteGro is composed of cancellous bone and partially demineralized cortical bone. It is easily molded to produce the desired shape in a clinical setting. Proprietary processing methods are utilized to preserve natural characteristics and components of the matrix. OsteGro is sterile and may be stored at room temperature. The matrix is regulated as a human tissue allograft.

Aziyo Biologics is a fully integrated, commercially oriented regenerative medicine company. Since its founding in 2015 the company has expanded through acquisitions and strategic partnerships, creating a high growth commercial entity. Its proprietary products are used in orthopedic, cardiovascular, and other medical specialties.

The iData series on the market for orthopedic biomaterials covers the U.S. and 15 countries in Europe including Germany, France, the United Kingdom (U.K.), Italy, Spain, Benelux (Belgium, Netherlands and Luxemburg), Scandinavia (Finland, Denmark, Sweden and Norway), Portugal, Austria and Switzerland. Reports provide a comprehensive analysis including units sold, procedure numbers, market value, forecasts, as well as detailed competitive market shares and analysis of major players’ success strategies in each market and segment. To find out more about orthopedic biomaterials market data or procedure data, register online or email us at [email protected] for an U.S. Market Report Suite for Orthopedic Biomaterials brochure and synopsis.