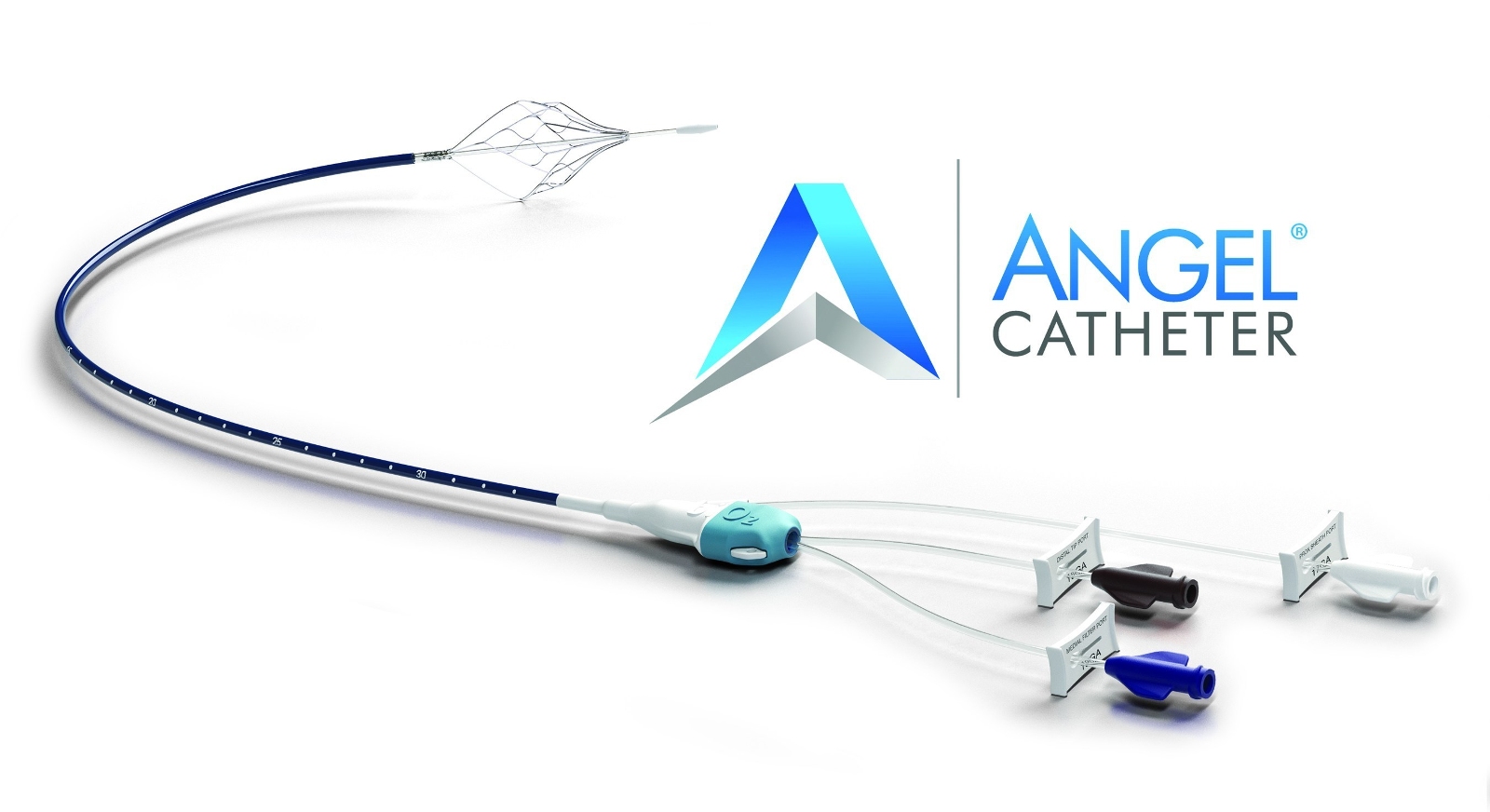 Bio2 Medical recently announced the results of the Angel® Catheter pivotal study, “Evaluation of a Device Combining an Inferior Vena Cava Filter and a Central Venous Catheter for Preventing Pulmonary Embolism Among Critically Ill Trauma Patients,” published in the Journal of Vascular and Interventional Radiology (JVIR). The Angel® Catheter met all safety endpoints and demonstrated a significant reduction in clinically significant and fatal pulmonary embolism (PE). The novel device was tested in a single arm, multicenter clinical trial in which it was inserted bedside in the intensive care unit (ICU) without fluoroscopy, and safely retrieved from all patients prior to discharge. The study included 163 critically ill patients with high risk of acute PE and contraindications to anticoagulation, with 151 (93%) critical trauma patients. In this trauma group, 129 (85%) patients suffered from spinal or head trauma, 102 (79%) of which also had intracranial bleeding. With no catheter-related blood stream infections (CRBSI), the Angel® Catheter successfully averted PEs in 14 (11%) of the 129 patients with a pre-removal cavogram. The data will be presented at the 76th Annual Meeting of AAST and Clinical Congress of Acute Care Surgery.

Victor F. Tapson, MD, the primary investigator from Cedars-Sinai Medical Center, stated, “Acute PE kills more than 100,000 Americans every year, and many more around the world. This study of a combined IVC filter/central venous catheter was the culmination of a panel of dedicated investigators with careful guidance by the FDA. The efficacy and safety of the device, simple bedside placement, and the need to remove it before discharge make it very appealing. Nearly the entire cohort had crucial, yet short-term filter needs so that discharge without a filter was preferred.”

The Angel® Catheter is the first medical device cleared by the FDA for PE prophylaxis in critically ill patients contraindicated to anticoagulation.

The trial was conducted in 20 ICUs across the US with the treatment beginning at device insertion and ending 72 hours after the removal. Patients were evaluated daily for PE, lower extremity deep vein thrombosis (DVT), CRBSI, and major bleeding. The primary endpoint was freedom from clinically significant PE or fatal PE at the time of hospital discharge and 72 hours after removal of the Angel® Catheter. Secondary endpoints were acute proximal DVT, CRBSI, major bleeding events, and averted PEs.

All the devices were placed and retrieved without incident. None of the patients experienced clinically significant PE or fatal PE. Of the 129 patients who had a pre-removal cavogram, 31 (24%) had thrombus within the filter, 14 (11%) of which were averted significant PEs. Twelve (86%) of the 14 underwent anticoagulation for an average of 4.1 days, 5 of whom also had a traditional IVC filter placed. Additionally, there were zero catheter related bloodstream infections in over 1,170 catheter days.

Christopher Banas, CEO of Bio2 Medical, stated, “The publication of the results of the Angel® Catheter pivotal study represents an opportunity to create awareness and further the goal of making this unique, lifesaving product available to the American public. Working collaboratively with the FDA as an initial participant in the FDA’s new Early Feasibility Study Program enabled Bio2 Medical to develop a clinical protocol which contributed to the pivotal study being completed nine months ahead of schedule due to its fast enrollment. Congratulations to the primary investigators, whose support was a major factor in the study’s success.”

For more information on Bio2 Medical and the Angel® Catheter, please visit www.bio2medical.com.