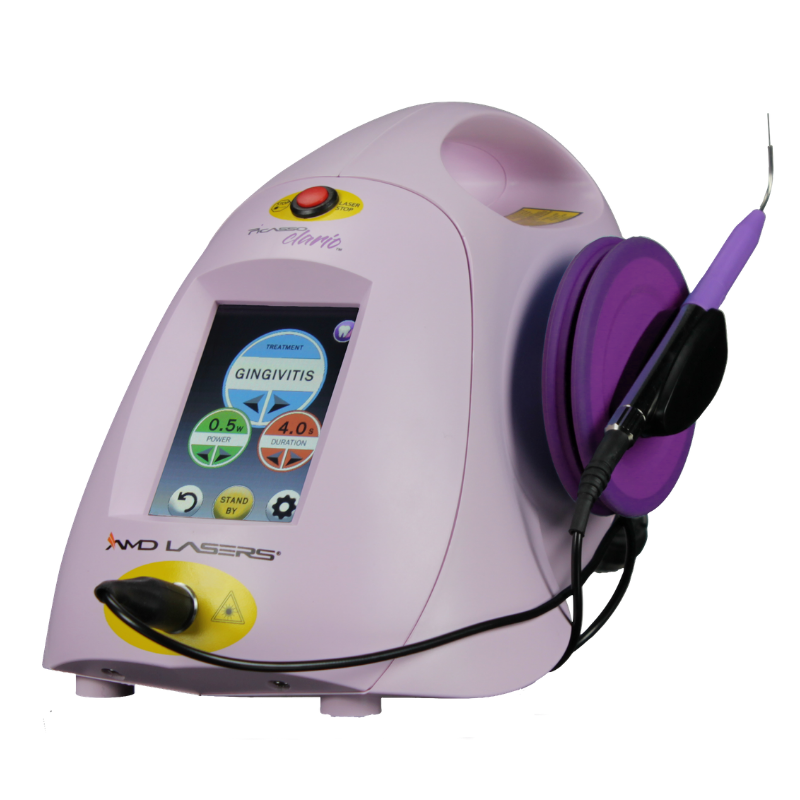 AMD Lasers, Inc., a prominent market figure in the dental lasers industry, has recently introduced the Picasso Clario® as a new addition to their existing and renowned soft-tissue laser series. The Picasso Clario® is aimed for implementation by dental hygienists, with a streamlined and concise navigation system for relevant treatments.

Settings are available for a multitude of applications, including the following options: Gingivitis, Perio, Debridement and Tissue. The Gingivitis and Perio options use ADHA-adhering protocols based on diagnosis and pocket depth. Meanwhile, Tissue can be easily implemented in lesion management. These settings, including that for Debridement, are adjustable. The Clario boasts a low cost of ownership while providing a highly profitable return on investment.

Market research on the dental lasers industry by iData Research shows that AMD Lasers is the third-leading competitor in the overall dental laser market. This market share is thanks to their prominent position in the diode laser market, which includes their Picasso line. Previously, AMD Lasers offered three versions of the laser: the Picasso, the Picasso Lite and the LiteTouch. With the new addition of the Picasso Clario, their line has now been extended to four systems. Soft tissue lasers are unable to operate on hard dental matter, which puts significant limitations on their overall adoption. As such, while soft-tissue lasers have held the majority of the market value in the past, a rapid upsurge in the all-tissue laser market is being fueled by the wide scope of applications for which they are fit. Due to this increasing adoption, all-tissue lasers will hold the majority of the total market value. Despite this, soft-tissue lasers still provide benefits, as they are more cost-effective, and will continue to exhibit moderate growth throughout the forecast period.

“The Clario® brings a new standard to minimally invasive laser assisted periodontal procedures.  Having an affordable laser with exact pre-sets for the hygienist is exactly what the market called for. The Clario® has revolutionized the dental market” stated Dr. Ron Kaminer, Hewlett, New York.

More on the dental laser market in the US can be found in a series of reports published by iData entitled the US Market Report Suite for Dental Lasers.