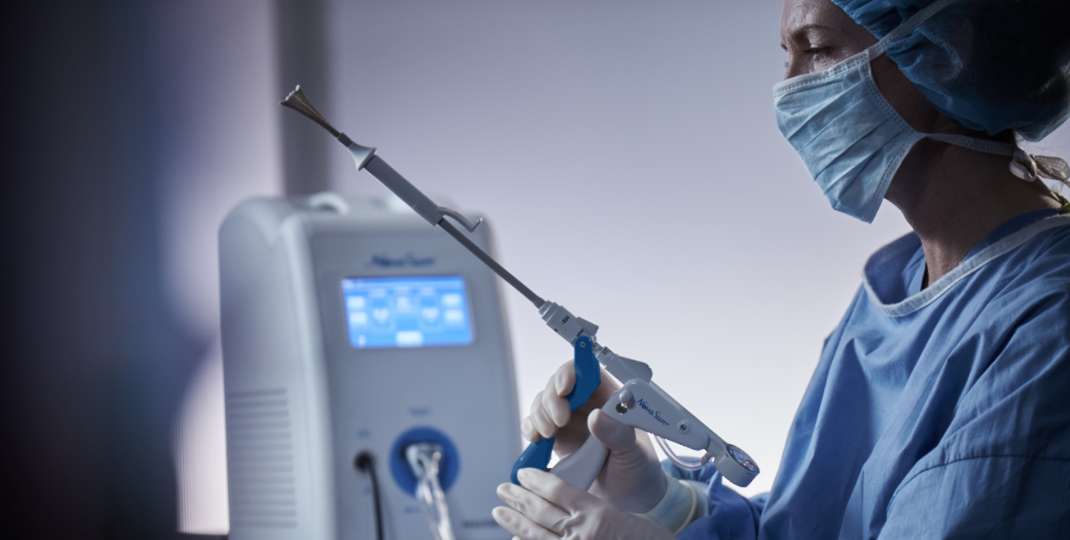 Thermal ablation includes traditional thermal balloon therapy, where a probe with a balloon attached to the end gets put in the endometrial cavity and then expands with sterile fluid until it fits the size and shape of the uterus.

Hydrothermal ablation similarly uses heat to break down the lining of the uterus. In this procedure, hot water circulates through the uterus with computer-controlled pressure and burns the lining in approximately ten minutes.

Radiofrequency ablation occurs when bipolar radiofrequency energy destroys the lining of the uterus. During this procedure, a thin sheath containing an electrode gets placed in the cervix.

Cryoablation utilized sub-zero temperatures to disintegrate the lining of the uterus. For this procedure, a narrow probe inserts into the cervix and freezes the tissue around its tip.

Microwave ablation is when a physician inserts a probe into the cervix, and a high-frequency microwave current burns the uterus lining. Usually, this takes 10 minutes and is known as a same-day procedure.

Rollerball endometrial ablation uses a roller-ball or cylinder-tipped electrode that emits energy. The roller-ball then vaporizes the endometrium under direct visualization through a hysteroscope.

COVID-19 did impact this market as there were delays for surgical treatments for abnormal uterine bleeding. Despite this, iData’s analysts predict that the global endometrial ablation market will continue to grow over the next few years and into 2027.

Hologic is the overall market leader with dominant shares globally. Most of the company’s success is from its radiofrequency device, NovaSure™. In a matter of 90 seconds, this device provides the fastest ablation method available to patients, resulting in a five-minute total procedure time.

Boston Scientific follows Hologic in market share, with a strong position in the North American market. This company offers the only system capable of using a hysteroscope to allow direct physician visualization. The system with this valuable functionality is Boston Scientific’s Genesys HTA™.

As doctors seek new products, innovation should fuel the industry. Find out more about the competitive landscape and view a full panorama of this market in the report: Global Endometrial Ablation Market