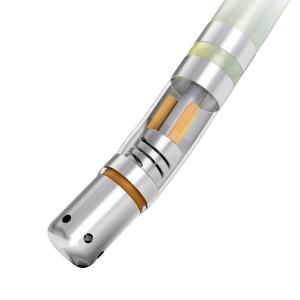 iData Research (iData), a global consulting and market research firm, has released exclusive research on the global electrophysiology (EP) and cardiac ablation devices market. The reports include the devices used for monitoring electrical signals in the heart to diagnose arrhythmias or to assist in cardiac ablation procedures. Overall, the electrophysiology catheter market is expected to grow steadily by 2025, along with the cardiac ablation catheter market, which iData forecasts will be driven by procedure increases, and preference towards less expensive non-irrigated RF catheters.

iData’s analysis includes conventional EP catheters, advanced EP catheters, radiofrequency (RF) cardiac ablation catheters, and cryoablation catheters. The overall ASP of diagnostic EP catheters will decrease at a relatively low rate, due to the introduction of more advanced steerable and mapping catheters. Despite this, unit growth has accelerated, coinciding with the FDA approval of Biosense Webster’s radiofrequency (RF) catheters for the treatment of atrial fibrillation. In the cardiac ablation catheter market, there is a shortage of electrophysiologists and nurses which is encouraging the development of minimally invasive arrhythmia treatments with shorter procedure times.

“There is a trend towards non-irrigated RF catheters in the cardiac ablation catheter market,” says Dr. Kamran Zamanian, Senior Partner and CEO of iData Research. “Ultimately, this is lowering the ASP within the market due to the less expensive prices.”

Among the many competitors within the global market, Biosense Webster is the dominant leader in both markets. Biosense Webster has been competing solely in the EP and cardiac ablation markets, where it has held commanding market-leading positions. The company offers the CARTO®3 3D mapping and EP recording system, SmartAblate® RF ablation generator and remote steering systems, and the nMARQ® RF ablation generator.

Follow the link below to download a Free Research Summary of the global Market Report for Electrophysiology & Cardiac Ablation Devices:

More insights like this can be found in the latest reports by iData. Please email us at info@idataresearch.net or click below to see the report executive summary.