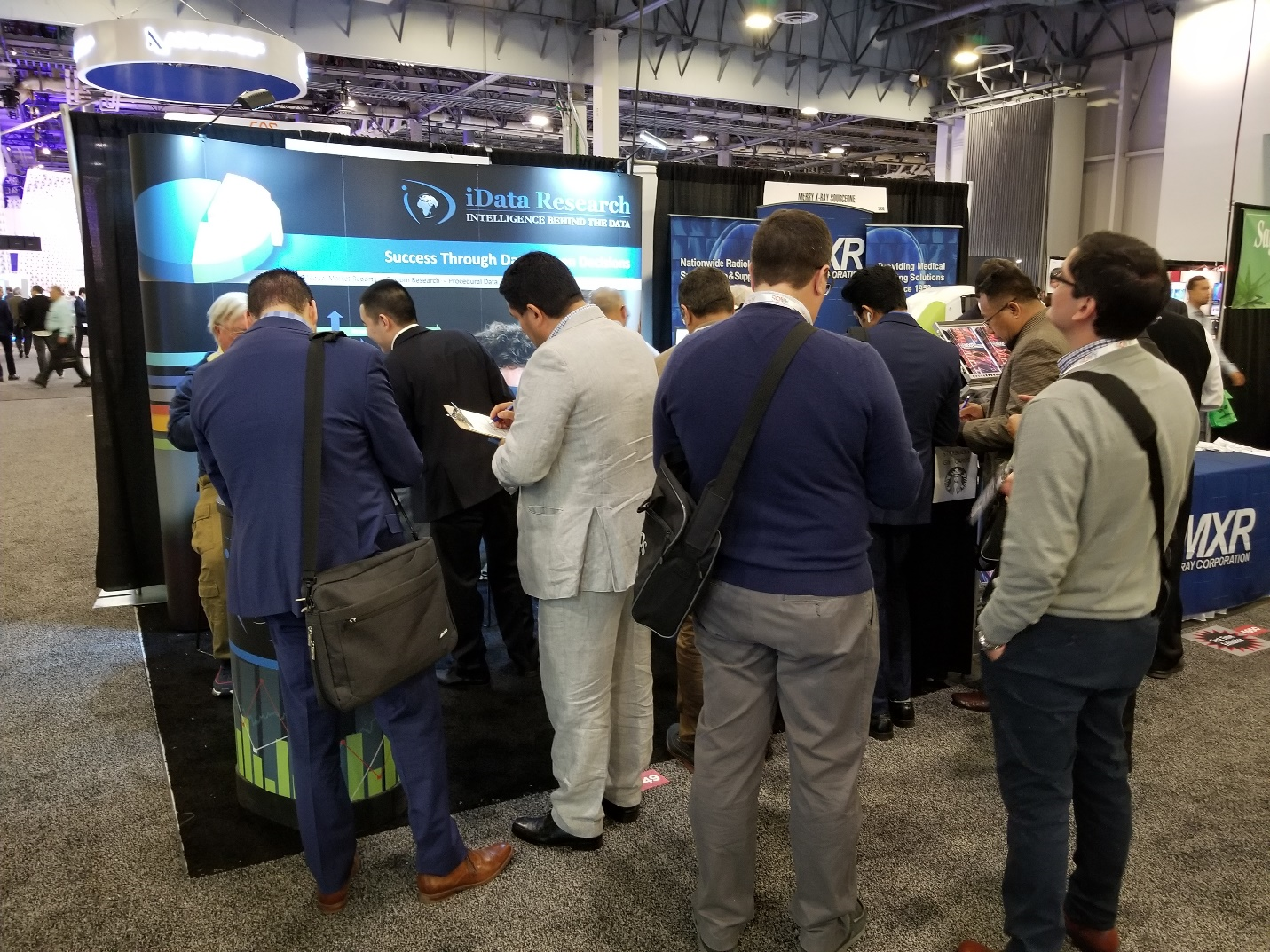 Every year, iData’s team attends AAOS to get a pulse on the orthopedics industry, and 2019 in Las Vegas did not disappoint. The attendance was great, and our surgeon survey, conversations with clients and partners, and exploration of new technology will help guide our analyses in the coming year – especially when considering the important trends in robotic surgery.

Over the last several years, the surgical navigation and robotic-assisted surgery space has experienced a tremendous amount of market development, including major mergers and acquisitions, FDA approval of next-generation devices and an overall increase in adoption of the technology across various medical specialties. Recent key events include Smith & Nephew’s acquisition of Brainlab’s orthopedic joint reconstruction business this month, Ethicon’s acquisition of Auris Health in February 2019, Medtronic acquisition of Mazor Robotics in December 2018, Stryker’s acquisition of Invuity in October 2018, Globus Medical’s acquisition of Nemaris in September 2018 and the list goes on almost indefinitely, depending on how far one explores. Naturally, surgical navigation and robotic-assisted surgery were at the forefront of this year’s AAOS.

Although robotics systems are used across a wide array of indications, in orthopedics they have primarily been used for joint replacement and spinal surgery procedures. Based on a global surgeon survey that iData conducted at the conference, there was a mixed opinion on whether or not robotic-assisted surgery should become the standard of care for various indications.

For total knee arthroplasty and partial knee arthroplasty, over 60% of surgeons surveyed stated that robotics should become the standard of care. Hip arthroplasty and spinal surgery were more divisive, without about a 50/50 split for each category. Based on these results, it should come as no surprise that leading orthopedic companies were focused on educating attendees on the clinical benefits of robotic-assisted surgery and the competitive advantages of their respective devices.

Current and Emerging Competition in Robotics-Orthopedics 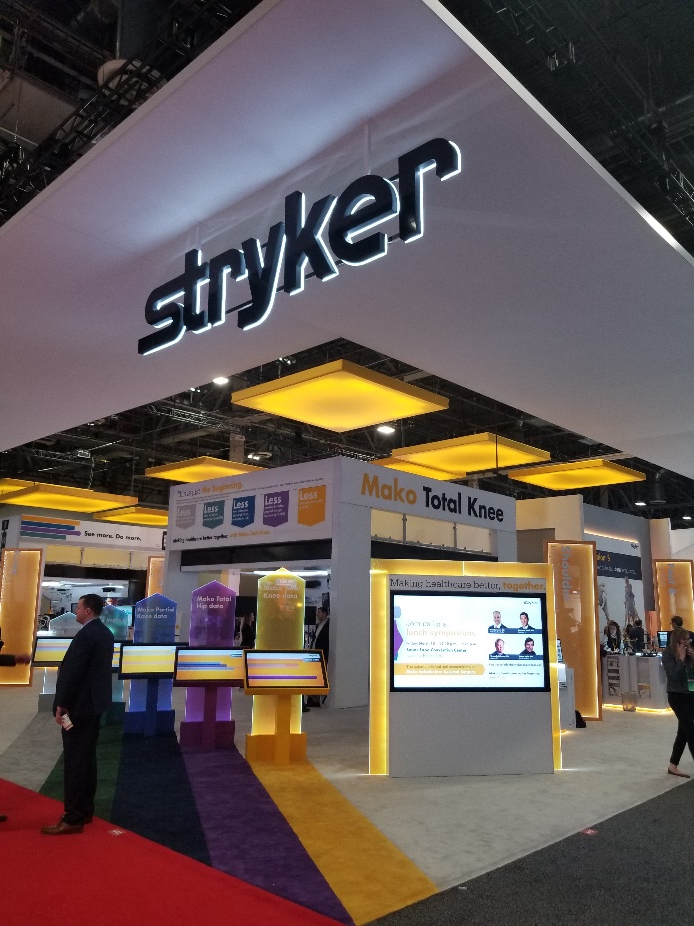 Stryker’s booth was consistently busy with traffic, which can be largely attributed to the large display showcasing the Mako™ robotic-arm assisted surgery platform. Mako™ is the leading device in robotic-assisted orthopedic surgery and is indicated for total knee arthroplasty, partial knee arthroplasty and total hip arthroplasty. Stryker entered the robotics market in September 2013, through the acquisition of MAKO Surgical Group.

Just a week before the conference, Corin announced its entrance into the robotics market through the acquisition of OMNI, which was the first company to offer a robotic-assisted system with a total knee arthroplasty. Corin and OMNI had a joint exhibit which highlighted the synergies between their individual product offerings, specifically the OMNIBotics® platform. 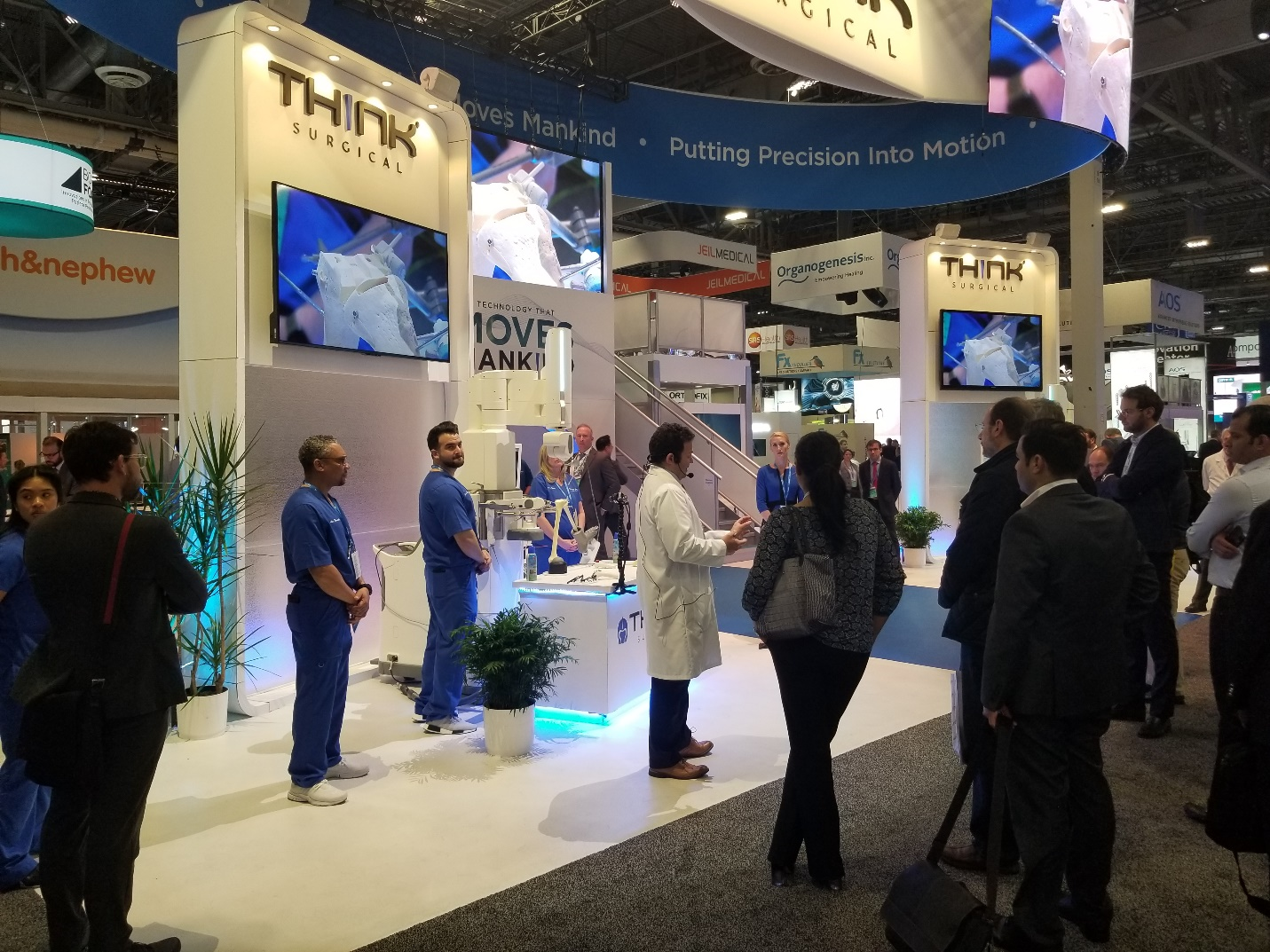 THINK Surgical is also another competitor in the joint replacement space, offering the TCAT™ TSolution One® system for hip arthroplasty. THINK’s devices also feature an application for total knee arthroplasty but it is not yet available in the United States.

Finally, there are some emerging competitors in the space as well. Zimmer Biomet entered the market through the acquisition of Medtech SA in July 2016 Following a preliminary limited launch, Zimmer Biomet expects the full U.S. launch of the ROSA® total knee application in the middle of 2019. Zimmer Biomet also plans to launch a ROSA® application for spinal surgery. DePuy Synthes acquired Orthotaxy back in February 2018 and has announced plans to develop robotic-assisted surgery application for total and partial knee arthroplasty, with an initial launch in 2020. 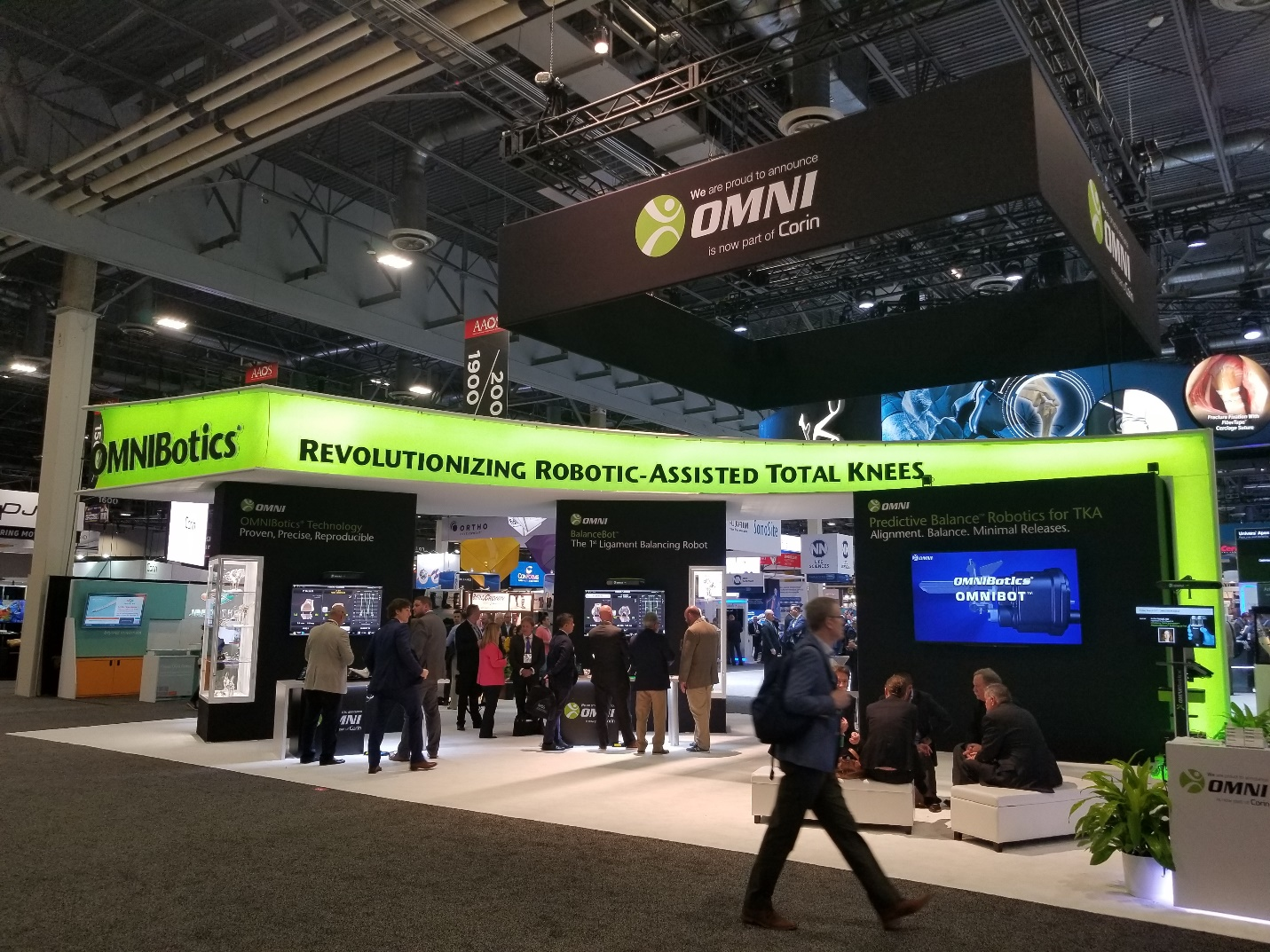 With so much activity in the surgical navigation and robotic-assisted surgery space, we are excited to see how much progress will be made by AAOS 2020 and what new devices, surgery applications and competitors will emerge in the upcoming years.