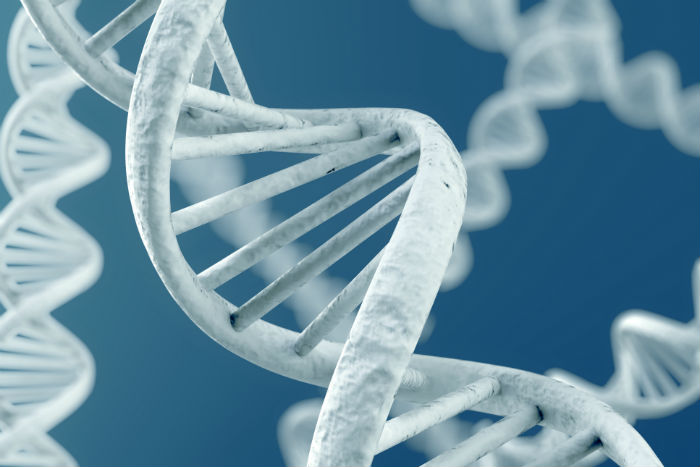 The United States is still an emerging market for biosimilars due to unclear regulatory requirements and unresolved lawsuits pertaining to patent expirations. In 2017, the total market for immunological biosimilars was valued at $240.5 million, generated from the sales of infliximab (Remicade) biosimilars. As patents of originator biologics continue to expire in the United States (as with Humira in December 2016, Remicade in September 2018, Orencia in October 2019 and more) and globally, a large number of biosimilar drugs are poised to enter the immunology market.  With the rapidly increasing size of this market and many other pharmaceuticals, it is necessary to adjust the Medicare system for this expanding class of treatments.

Biosimilars are generally marketed as a cost-saving alternative to their original counterparts. However, this discount is eroded by the lack of medical coverage and reimbursement for patients choosing biosimilar products.  For example, a biosimilar may be priced 15% lower than its originator drug, but a 20% Medicare rebate is available to purchasers of the originator, whereas the biosimilar provides a rebate of only 5%. In this instance, the higher-priced originator actually imposes less of a cost burden to the patient than the lower-priced biosimilar. And this is a common occurrence as biosimilars approved through the FDA 351 pathway are considered generic drugs, which are granted little to no coverage under the Medicare program despite the much costlier development process for biosimilars compared to generics. The Federal Trade Commission estimates that “biosimilar development takes 8 to 10 years and $100 million to $200 million, compared to 3 to 5 years and $1 million to $5 million for small-molecule generic drugs”.

While a handful of biosimilars are billed under Part B, all biosimilars currently active in the U.S. market are Part D eligible. The Bipartisan Budget Act of 2018 (BBA 2018), slated to take effect in January 2019, aims to level the playing field for originator biologics and their biosimilars, and lessen the burden on patients and payers; the act mandates equal treatment for biosimilars with respect to other brand-name drugs covered under Part D. BBA 2018 encourages biosimilar adoption by Part D plan sponsors by increasing manufacturer discounts in the Coverage Gap Discount Program (CGDP) from 50% to 70% of the negotiated drug price, in addition to the inclusion of previously excluded biosimilars under CGDP.

Another major change affecting biosimilar competition in the United States is the decision to switch to unique HCPCS coding for biosimilars by the Centers for Medicare and Medicaid Services (CMS). Previously, the CMS assigned all biosimilars of a reference product the same HCPCS code, which meant biosimilars were virtually indistinguishable from one another and competed collectively against the reference product. This was even discussed at the Friends of Cancer Research event in 2016, “The Future of the U.S. Biosimilars Market”. During a panel, Dr. Eichholz said that he “finds that approach to be a step in the right direction, but that there are concerns when the average price for one drug in the group was much different than others”, according to an article on policymed.com.

CMS is trying to improve the previous system by having unique codes, which allows the tracking of separate biosimilars and encourages price competition among biosimilars themselves. “CMS’ decision to assign separate HCPCS codes and payment rates to biosimilars will set the stage for a more vibrant and competitive biosimilars marketplace,” said Amanda Forys of Xcenda in an article on centerforbiosimilars.com. “The new system could also increase awareness and adoption of biosimilars as a whole, as more manufacturers would contribute to provider and patient education initiatives to drive long-term uptake of these products.”

Although we can expect greater inter-market competition between biosimilars, in the case of traditional immunology drugs, the overall market continues to pose a significant threat. As patent expiry dates creep closer, biologic manufacturers are scrambling to secure their revenue, not only to gain profit but to recoup their steep initial expenses on research and development. Some companies, like AbbVie, have begun to accept the inevitable ingress of biosimilars and are granting non-exclusive licenses to select biosimilar manufacturers rather than engaging in long and futile litigation wars to delay market entries. Throughout Humira’s lifetime, AbbVie has secured over 100 patents to protect the blockbuster drug and its monopolistic hold on the market. In the past 6 months, AbbVie has announced three Humira-related license agreements in the U.S. with Fresenius Kabi, Sandoz and Mylan respectively. The first two will begin on September 30th, 2023 and the latter on July 31st, 2023. Under the general settlement terms, AbbVie grants non-exclusive licenses to Humira-related intellectual property and collects royalty payments from the licensee.

Other companies AbbVie has settled lawsuits with include Amgen and Samsung Bioepis. Among the signed agreements, Amgen’s biosimilar product, Amgevita, has been granted the earliest launch date on January 31st, 2023 in the U.S. and has already launched in Europe in October 2018. The early entry is expected to give Amgen a significant edge over their competitors to capture a larger piece of the market. “We look forward to leveraging our existing biologics capabilities to bring high-quality biosimilars to patients worldwide. AMGEVITA will be one of our first biosimilar launches, and this agreement will allow us to secure a strong foothold in the $4 billion European adalimumab market,” said Scott Foraker, vice president and general manager of Biosimilars at Amgen, in a press release.

AbbVie’s bold move to grant licenses to direct competitors is an interesting strategy, and as one of the largest pharma brands in the world, may provide a case study for others to follow. However, not every biosimilar manufacturer was willing to strike a deal with AbbVie. Boehringer Ingelheim resisted negotiations and successfully invalidated one of AbbVie’s Humira-related patents, citing “overlapping and non-inventive patents” as cause. However, AbbVie recently counter-sued the Germany company for infringing on another eight of their patents. The outcome of this latest legal dispute is still unknown. As market penetration by biosimilars continues to increase, buoyed by the favorable changes in reimbursement policies, more patent resolutions between biologic and biosimilar manufacturers are expected.

The tension between biologic and biosimilar manufacturers will continue growing more fierce, with everyone wanting a piece of the market. The new CMS changes, particularly the unique coding structures, will ideally spur healthy competition, driving prices down and make them more manageable by patients. However, with markets this large, pending lawsuits, and the biggest companies in the world making changes, CMS will inevitably not be able to solve every problem this industry faces.

New Reimbursement May Level Playing Field for Biosimilars by Joanne Mai,  ManagedHealthcareExecutive.com, May 21, 2018

The Uncertain Future of Biosimilars in the United States by Thomas Sullivan, Policy & Medicine, May 5, 2018

Kamran Zamanian, Ph.D., is president, CEO, and a founding partner of iData Research. He has spent over 20 years working in the market research industry.

Jacqueline Ding is a Marketing Assistant at iData Research. She helps coordinate digital content production across all medical therapeutic areas in partnership with iData’s team of analysts.

iData Research is an international market research and consulting firm focused on providing market intelligence for the medical device, dental and pharmaceutical industries.

Coronavirus and Ibuprofen: Is it safe to take?