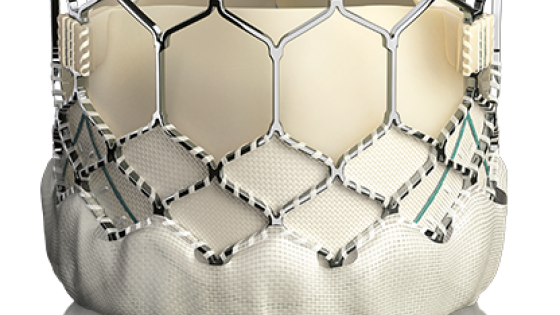 Edwards Lifesciences has won the latest round in a series of disputes with Boston Scientific over transcatheter aortic valve replacement (TAVR) patents. Irvine, CA-based Edwards said in a release  that the United States Patent and Trademark Office has decided in its favor in an Inter Partes Review of Boston Scientifics’s patent – 8,992,608. The USPTO determined that all claims of the patent Boston Scientific asserted against Edwards are invalid.

“We are disappointed with the U.S. Patent Office decision on the BSC Haug ‘608 seal patent, and we plan to appeal,” a Boston Scientific spokesperson wrote in an email to MD+DI.

Edwards is known as the pioneer of TAVR and earned FDA approval for the Sapien Valve in 2011.

Boston Scientific has developed the Lotus valve, which garnered CE mark in 2013, but has yet to gain FDA approval. Recently, the Marlborough, MA-based company delayed commercialization efforts of its latest TAVR valve, the Lotus Edge.

Edwards also recently announced it was also delaying its Sapien 3 Ultra TAVR System in Europe until later this year.  Edwards said it would refocus on commercialization efforts after it submits data from a single-arm study of the device. The study data would help supplement the TAVR pioneer’s bid to gain CE mark for the technology.

Both Boston Scientific and Edwards have been going back and forth with litigation over patents related to their respective TAVR offerings over the past few years. The 8,992,608 patent was asserted against Edwards in a case filed by Boston Scientific in Delaware in 2016. Subsequently, Edwards asserted three of its own foundational TAVR patents against Boston Scientific. Edwards said its patent claims are unaffected by the USPTO’s ruling and will continue to trial, which is expected later in 2018.

Edwards is no stranger to lawsuits in the TAVR space. In 2014, Dublin-based Medtronic made a one-time $750 million payment to settle all TAVR patent litigation with Edwards. Medtronic develops CoreValve TAVR devices.

The settlement also called for Medtronic to make quarterly royalty payments to Edwards based on a percentage of sales of its competing CoreValve product in an amount no less than $40 million per year, through 2022. The maximum amount Medtronic will pay annually, irrespective of CoreValve sales, is $60 million.

The 2014 settlement between Medtronic and Edwards ended a series of lawsuits that began in 2007. Medtronic was able to get into the TAVR market through its more than $700 million acquisition of CoreValve in 2009.

Reports provide a comprehensive analysis including units sold, procedure numbers, market value, forecasts, as well as detailed competitive market shares and analysis of major players’ success strategies in each market and segment. To find out more about cardiac surgery market data or procedure data, register online or email us at [email protected] for a US Market Report Suite for Cardiac Surgery and Heart Valve Devices brochure and synopsis.

Procedure Growth Across Global Cardiac Surgery Markets Exhibit Hope for a Rebound in 2021: Led by Edwards Lifesciences, Medtronic, and Abbott