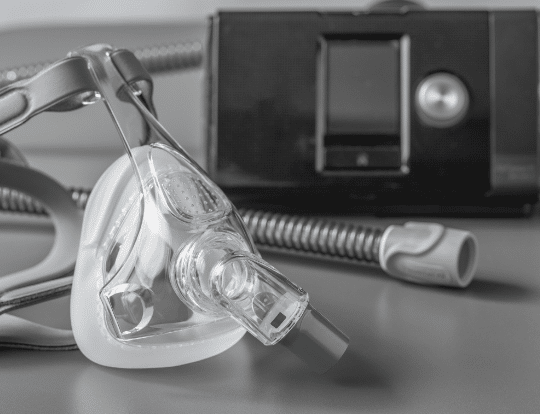 Within the U.S. alone, only 15% of patients who have sleep apnea are professionally diagnosed. As you might imagine, many individuals are not aware that they suffer from sleep apnea and breathing difficulties while asleep. Despite this, many large companies are present within the market and offer many diagnostic devices and tests. If you’ve ever wanted to learn more about sleep apnea, sleep diagnostic devices, and the top market leaders you’ve come to the right place.

1. What is Sleep Apnea, and how is it classified?

Sleep apnea is a respiratory disorder wherein obstruction occurs in an individual’s airway during sleep as muscles relax and the airway walls and tissue collapse. As a result of this, the individual arouses from the deeper sleep stages to restore normal breathing. Generally, there are three classifications of sleep apnea, obstructive, central, and complex. Obstructive sleep apnea (OSA) is the most common and classified as an interruption in breathing despite respiratory effort from the patient. Approximately 80% of all sleep apnea cases are obstructive. Central sleep apnea is much less prevalent and occurs from breathing interruption from a physiological lack of respiratory effort by the central nervous system. Lastly, complex sleep apnea occurs when the patient experiences central and obstructive features transiently through the sleep period.

2. What are the current devices and tests?

Sleep apnea diagnostic devices are segmented into four categories. Firstly, there is Type I sleep tests. Sleep technologists monitor Type I sleep tests, known as an attended study. These devices perform a full, attended polysomnography (PSG), usually within a hospital or sleep testing clinic. Historically, Type I devices have been the industry-standard method of sleep apnea diagnosis. Type I devices need to have a diagnosis system capable of receiving and recording from 11 channels or more.

These are unattended home sleep testing (HST) devices consisting of a minimum of four channels: two respiratory variables, one cardiac variable, and one arterial oxygen saturation channel. Type III devices do not describe sleep stages and sleep disruptions. However, they can provide information for a preliminary diagnosis of obstructive sleep apnea.

Type IV devices are essentially simplified Type III home sleep tests (HST). Unlike the other three devices, Type IV is not used for diagnostic purposes. Instead, these act as a low-cost screening tool to determine patient suitability for a more comprehensive sleep study. Typically these have three or more channels. In addition, they have a method of calculating apnea-hypopnea index (AHI) through measuring airflow and body movements.

3. Which companies are performing the best within the U.S. market, and what sleep diagnostic products do they offer?

Philips, Natus, and Vyaire are the leaders within the sleep diagnostic device market. In terms of product offerings, Philips has its HST product, the Alice® NightOne device containing an auto-on feature and smart guide setup. The Alice® PDx is a portable device that can cross the type II and III markets. Natus has expanded its presence in the U.S. lab diagnostic test market with the Grass® Comet-Plus system. Natus also distributes the Trex® HD device and the Embletta® MPR Sleep System, which is scalable from Type I to III. However, in 2013, Natus recalled its Embla® Embletta Gold, the companies previously popular HST. Vyvaire offers its SomnoStar® Z4 sleep diagnostic system, a 64-channel test used in the lab setting.

What are the Most Popular Ventilators by Brand and Segment in the U.S.?