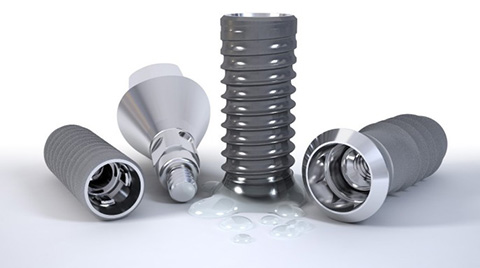 According to a new series of reports on the European dental implants, final abutments and computer guided surgery market by iData Research, over the past five years, the dental implant fixture market in Europe has experienced higher demand due to the recovering economy. Patients who held off dental implant procedures during the economic recession are now generating demand within the market. In countries such as Spain, the effect was lagging and therefore demand for dental implants has been substantial in more recent years. The dental implant fixture market in the U.K. has demonstrated the highest level of growth relative to the other countries in the region due to economic recovery and low market penetration.

“The European market is demonstrating a shift towards price-cutting discounts and value implant options,” explains Dr. Kamran Zamanian, CEO of iData. “This, in turn, has largely depressed prices and handicapped the overall market value growth. The growing prevalence and popularity of discounted products have therefore led to premium implant companies levying larger discounts on their products.”

Governments in Sweden, the Netherlands, Germany and Switzerland offer some reimbursement for dental implant procedures. However, even with reimbursement, costs associated with implant procedures tend to be higher than alternative treatments. Partially as a result of these policies, Sweden and Switzerland have some of the highest per capita implant rates in the world. Additionally, the Netherlands has experienced incredibly rapid dental implant market growth since the introduction of its reimbursement policy in 2005. Most private health and dental insurance policies do not cover dental implants, but a few high-end policies do. However, only a small percentage of the population in Europe is covered by such policies.

The dental implant market is not a commodity market. Large, established companies have built up strong brand recognition and a certain degree of customer loyalty. This, combined with the fact that the cost of the implant is only a small part of the cost of the procedure, allows established companies to price their products at a high premium relative to smaller companies who do not have the same level of brand recognition.

Straumann holds the leading position in the dental implant market in Germany, Spain, Benelux, Austria and Switzerland. Straumann benefits from a relatively stable customer base, even in regions like Germany, where a high level of competitive pressure exists from local value and discount implant companies. In Germany for example, the largest contributing factor to growth in recent years has been the company’s campaign which offered a free upgrade from titanium implants to the new higher strength Roxolid® material. Additionally, Straumann lowered the price of their basic titanium SLA® implant to compete within the value segment. The company also invested in a number of value and discount brands that cater to the European market including: Neodent, Biodenta, Medentika and MegaGen.

In France, Nobel Biocare continued to hold the market leading position despite sluggish growth in the region. Overall, Nobel Biocare held the second leading position within the dental implant market in Europe. DENTSPLY Implants hold the third leading position in Europe. The progression of DENTSPLY’s market share is a primary result of their acquisition of Astra Tech in August 2011. In the U.K., DENTSPLY emerged as the market leader, closely followed by Straumann. Other competitors in the European dental implant market include BIOMET 3i, CAMLOG, Sweden & Martina, Zimmer Dental, MIS Implant, BEGO, Global D, Klockner, BioHorizons, Implant Direct, BTI, Phibo, MegaGen, Bredent, Osstem, Anthogyr, Medentis, and Southern Implants among others.

For Further Information
More on the dental implant market in Europe can be found in a report suite published by iData Research entitled the European Markets for Dental Implants, Final Abutments and Computer Guided Surgery.