The global vascular closure devices market size is expected to reach over $2 billion by 2027, with peripheral vascular devices accounting for the largest part of the market. Currently, the overwhelming majority of the global market share is occupied by Terumo, Cardinal Health, and Abbott Vascular.

Coronary vascular closure devices (VCD) have a high penetration rate in angiographies, due to the short time allotted to the procedure. If no lesion is found during the screening, the patient can be promptly released from the hospital; a closure device facilitates the faster release of a patient. During interventional procedures, the patient stays in the hospital overnight, making time-consuming manual compression a more viable option. 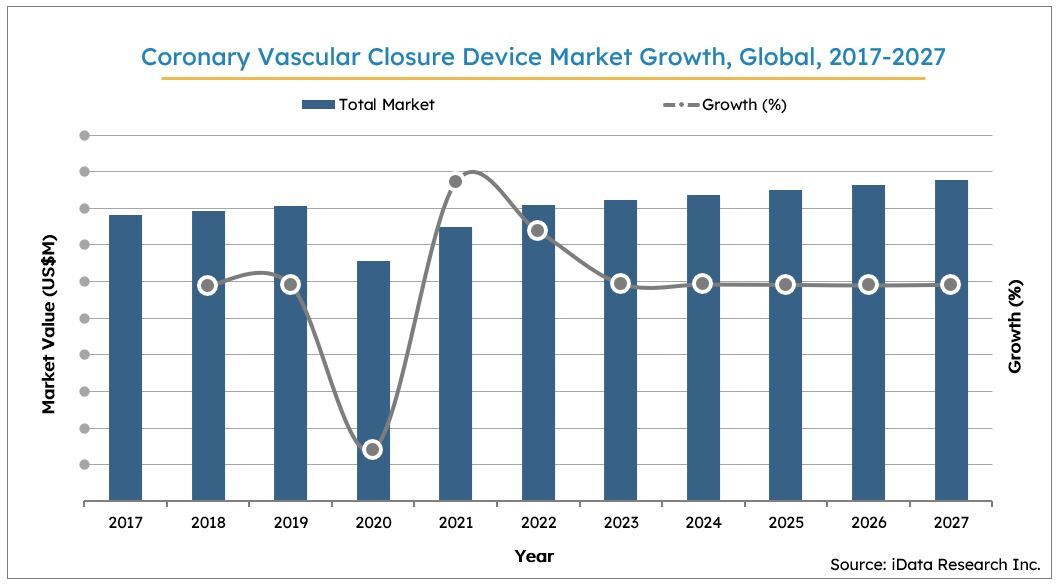 The demand for coronary VCDs is correlated with the annual catheterization procedure volume, which is primarily driven by angiography and percutaneous coronary intervention (PCI) procedures. PCI procedure volume is expected to experience stable growth over the next 6 years. However, the depreciation of the device selling prices is projected, which will be driven by the increased bundling of interventional cardiology products and the commoditization of VCDs. 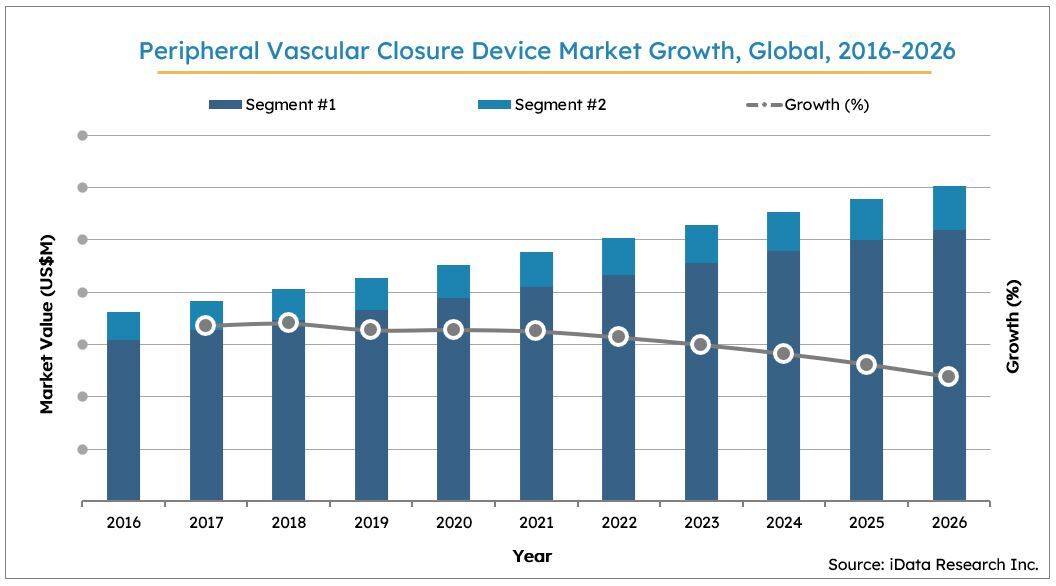 Additionally, as more devices are catering towards large-bore holes, the small-bore procedures are further being cannibalized. High growth in total procedure volumes and increasing penetration of vascular closure devices will preserve moderate growth in the small-bore market. As competitive pressures remain present, the selling prices of vascular closure devices are expected to continue on the downward trend.

What Are The Top Vascular Closure Companies?

Terumo, Abbott Vascular, and Cardinal Health held the strongest positions within the largest global regions, including North America and Europe. For example, Terumo held the leading position in the global coronary VCD market, due to its stronghold of both invasive and non-invasive VCD market segments. The company entered the invasive VCD market in January 2017, through the acquisition of St. Jude Medical’s coronary and peripheral vascular closure product lines.
Terumo currently offers the Angio-Seal™ and FemoSeal™ product lines, which both feature three bioabsorbable components.

Abbott Vascular, on the other hand, is the leading competitor in the global peripheral VCD market. Abbott generates the majority of its VCD revenue in the large-bore invasive VCD segment, where it held a near-monopoly. However, the company’s of the global invasive VCD market is expected to erode over the forecast period as emerging competitors launch novel devices capable of closing a large-bore puncture with a single device.

Cardinal Health holds the second-leading position in the global coronary VCD market due solely to its presence in the invasive VCD market. The company entered the global market through its acquisition of AccessClosure in 2014, effectively adding VCDs to its portfolio. Cardinal Health is also the third-leading position in the peripheral VCD market, trailing behind Abbot and Terumo. The company expanded its stake in the global market in 2015, with the acquisition of Cordis, and now offers Mynx™ and EXOSEAL™ product lines.

For full segmentation and any questions regarding research coverage, please contact us for a complimentary demo of the full report.

For a Full Table of Contents, please contact us at info@idataresearch.net or send a request for a Report Sample.