In 2020, the global pacemaker market size was valued at $2.26 billion, with over 450,000 pacemaker procedures performed annually. The market size is expected to further increase over the forecast period and reach $2.6 billion in 2025.

Throughout this medical market research, we analyzed global pacemaker companies across more than 70 countries and used our comprehensive methodology to understand the market sizes, unit sales, company market shares, and to create accurate forecasts.

Our analysts meticulously researched for up to 3 to 4 months to put together a Global Cardiac Rhythm Management Device MedSuite, which is a comprehensive analysis of a group of healthcare markets. This MedCore is one portion of that analysis that focuses on the Pacemaker market segment and provides further detailed segmentation to get a much more granular set of market data.

New technologies are constantly emerging in the cardiac rhythm management and ablation market. The capabilities and battery lifespan of pacemakers have increased in the last decade. Over the forecast period, wireless technology is expected to make it easier for doctors to maintain and adjust pacemaker function. In addition, new technologies are expected to keep selling prices high and lead to a higher number of devices sold. 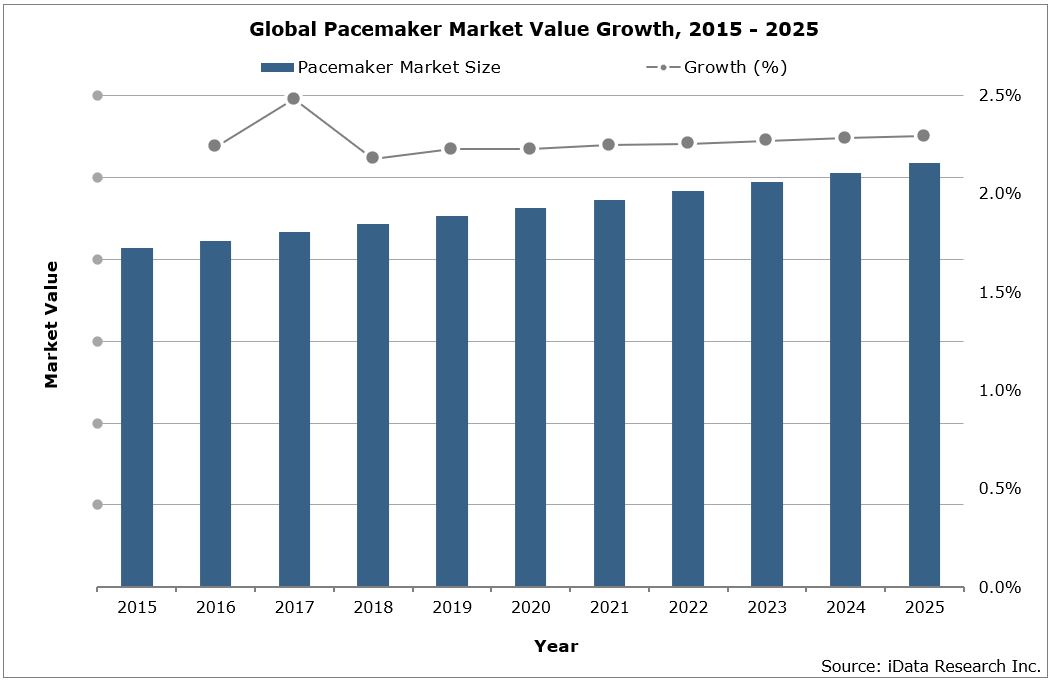 Abbott was the second-leading competitor in the Global Pacemaker market by 2020. Abbott entered the market in 2017 with the complete acquisition of St. Jude Medical. The company has a very competitive pricing model and leverages off relationships from its electrophysiology and cardiac ablation business to gain more accounts within the CRM market.

Boston Scientific was the third-leading competitor in the Global Pacemaker market. The company competes in the market with its ACCOLADE™ and ESSENTIO™ line of MRI-compatible pacemakers.

Throughout this research series, iData Research has covered several regions in great detail. Each region may be purchased as a stand-alone report, tailoring the data to your needs. The regions covered are: