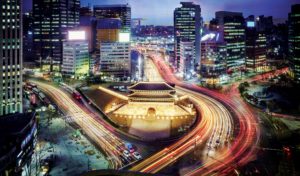 Dental tourism is a growing phenomenon that has emerged and is becoming more attractive to many patients. A dental tourist is someone who, in order to minimize their costs of dental care, decides to travel abroad and becomes a tourist. Essentially, the individuals’ goal is to seek dental treatment outside their country of residence, coupled with a vacation.

Now, with an understanding of what dental tourism is, let’s dive into how this is affecting the Dental Implants Market from the dental practitioner’s point of view.

Due to increasing globalization, the world has become ever more symbiotic, allowing hi-tech advances to spread faster than ever. It has also enabled companies in “developing countries” to offer dental care at substantial cost savings when compared with their competition amongst the developed world. When looking at the average sales price provided by iData Research, South Korea charges half to 6-7 times less than Western and European countries. For example, in 2019 the average selling price (ASP) of dental implants in South Korea was $145 less than in the United States.

A recent study shows that dental tourism has been a market driver in the South Korean dental implants market for a few years. This market driver is fueled in part by the previous Asian financial crisis, the rapid development of affordable medical technology, and the Hallyu effect.

The Asian Financial Crisis Impact on the market

The past Asian financial crisis affected much of the middle-class Asian population, causing an inability to pay for private healthcare. Ultimately, the crisis forced private hospitals to expand their reach by targeting international patients to generate enough revenue, which they have continued to do in the present. Increasing disposable income in developed countries facilitates the purchasing of services in developing countries where the pricing is very competitive. The US in particular is set to provide a lot of the revenue as they have high treatment costs, long waiting times to access medical services, health insurance problems, and out-of-pocket expenses for elective surgery.

The Effect of Hallyu on the Dental Implants Market

Hallyu, which is also known as the Korean Wave, refers to “the phenomenon of Korean pop culture, such as TV dramas, films, pop music, fashion, and online games being widely embraced and shared worldwide.

Hallyu has influenced Korean dental tourism by awareness of and familiarity with Korea, coupled with surgically beautified celebrities endorsing Korean plastic surgery. As Hallyu has spread to other Asian countries, the awareness of Korean culture has increased, and people feel a closer familiarity with Korea. Additionally, Korean celebrities help endorse the procedures, which attracts potential dental tourists to participate in Korean medical tourism, as they see what they could look like.

South Korea’s accessibility and availability of quality-assured, cost-effective dental treatment, combined with its culture of abundance, has exponentially fostered the boom of their “dental tourism”. They have built their competitive advantage among other destinations, with the effect of Hallyu and with their ability to satisfy the search for reliable medical treatment at a reasonable price.

Currently, Osstem Implant leads the market for dental implants in South Korea. The company is a global leader in the dental implant market, competing in the discount implant segment. Osstem Implant is set to expand its customer base over the coming years as it continues to focus on research and development to solidify its leading market position Overall, the South Korean dental implant market was valued at over $230 million in 2020. This is expected to increase at an annual rate of over 10% to reach almost $470 million by 2027.

iData ResearchHow South Korea has Become the Center for Dental Tourism in Asia02.05.2021