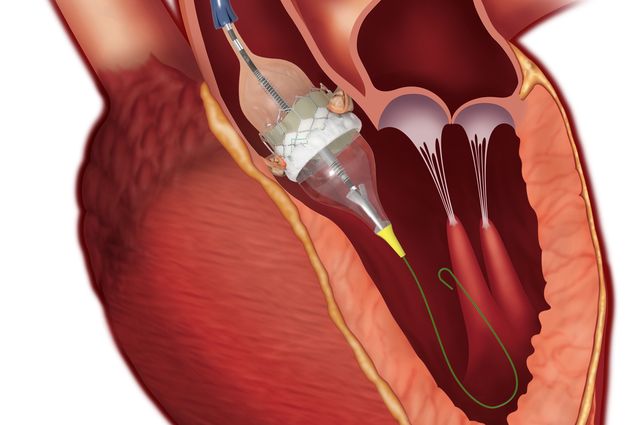 With consideration of pandemic strains on healthcare systems worldwide, seven centers in the U.S., U.K., and Canada have opted to attempt same-day discharge (SDD) with hopes of maintaining transcatheter aortic valve replacement (TAVR) volumes whilst preserving hospital resources during COVID-19 case surges. According to MedPage, after a 17 month trial, 5.9% of 2,100 patients who underwent elective transfemoral TAVR during morning hours were selected for same-day discharge.

For this selected group, the incidence of cardiovascular death, stroke, myocardial infarction, major vascular complications and new permanent pacemaker (PPM) implantation at 30 days was estimated at 5.7%, a number, according to investigators led by David Wood, MD of Vancouver General Hospital, that is respectable.

“The arrival of COVID-19-associated hospital bed and resource shortages, coupled with the recent implementation of shorter hospital stays post-TAVR, created the perfect environment for a concept that would have seemed outlandish only a few short years ago: SDD post-TAVR,” according to Jay Giri, MD, MPH, and Paul Fiorilli, MD, both of the Hospital of the University of Pennsylvania in Philadelphia.

Operators followed the principles of minimalist TAVR. An EKG was performed immediately post-procedure and again at four hours to assess for new conduction abnormalities. If there was sufficient vascular access hemostasis, the patient was eased onto their feet with help of a nurse. All patients within this study underwent transthoracic echocardiogram (TTE) prior to discharge. Some went home with extended event monitors. Each patient had virtual or in-person appointments with the TAVR team after one day post-discharge.

Overall, it has been reported that the focused SDD cohort averaged 78.9 years old with 29% of patients being women. Median STS score was 2.4%, TAVR utilized balloon-expandable valves in 96.8% of cases. According to MedPage Today, there were no major complications, strokes, or deaths during this admission.

For SDD to become well-accepted, our medical system would need more reassurance that SDD protocols do not miss opportunities to intervene in the case of periprocedural stroke, a risk that remains elevated for 48 hours after TAVR procedures.

kamranDiscussion: Did COVID Aid in The Outpatient TAVR Trend?03.22.2022